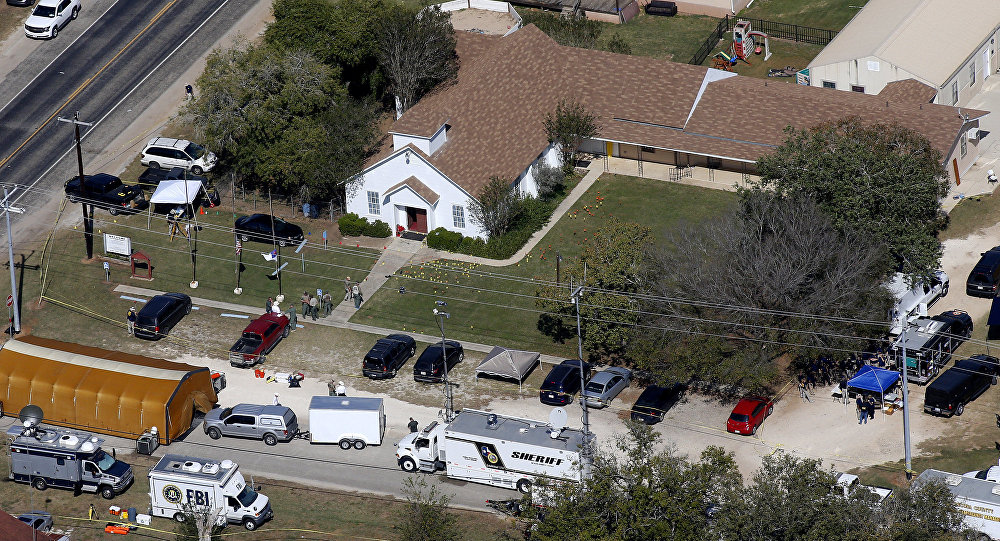 The US Secretary of Defense James Mattis has directed the Department of Defense's (DoD) inspector general to investigate why the US Air Force did not report information regarding Texas mass shooter Devin Kelley to the FBI.

WASHINGTON (Sputnik) — "I am requesting that the DoD Office of the Inspector General investigate whether appropriate information regarding Mr. Devin Patrick Kelley should have been transmitted to the Federal Bureau of Investigation for entry into the National Crime Information Center database; whether such information was not transmitted; and if it was not transmitted, why it was not," the memorandum released on Wednesday said.

On Sunday, Kelley opened fire at the First Baptist Church in Sutherland Spring, killing at least 26 people and wounding 20 others. The Texas Department of Public Safety said it is investigating the motive for the mass shooting.

© AP Photo / KSAT via AP
US Senate Dems Introduce Legislation to Ban Assault Weapons After Texas Shooting
Kelley had received a bad conduct discharge from the US Air Force after being convicted for assaulting his wife and step-child and subsequently being imprisoned for 12 months. He was dishonorably discharged from the Air Force. The Air Force failed to report the crime to the FBI.

Moreover, Kelley suffered from mental health issues and escaped a mental health hospital in the US state of New Mexico in June 2012 and tried to leave the state on a bus before being apprehended by authorities.

In addition, Kelley was caught sneaking firearms onto Holloman Air Force Base near the city of Alamogordo, New Mexico, according to an El Paso Police Department report. The report added that Kelley was attempting to carry out death threats that he made on his military chain of command. An ABC News report on Tuesday said an Air Force official confirmed the details in the police report.

However, despite everything, the US Bureau of Alcohol, Tobacco, Firearms and Explosives said Kelley bought three firearms that were found after the shooting. The firearms include a rifle that was left in the church and two handguns in the vehicle where police found Kelly dead.