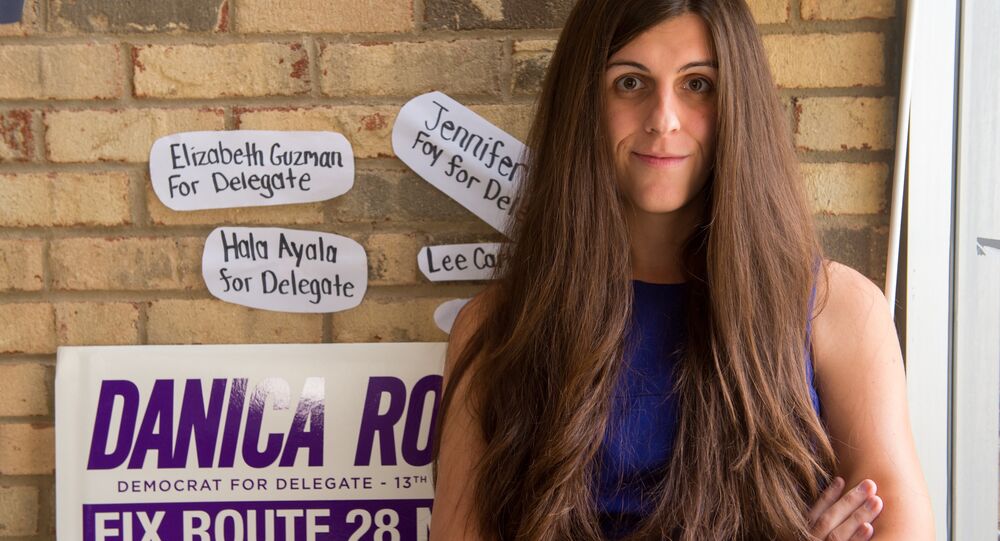 Virginia citizens have voted for the state's first openly transgender lawmaker to the Virginia House of Delegates.

Roem, a former journalist and member of a heavy metal band, who is now 33, began her gender transition four years ago. During her electoral campaign, she touched upon her gender identity, however, focusing more on the state's traffic, jobs and schools.

"No matter what you look like, where you come from, how you worship or who you love, if you have good public policy ideas, if you're qualified for office, you have every right to bring your ideas to the table," Roem said.

She outraised her Republican rival 3 to 1 during the electoral campaign, with much of the money coming from LGBT advocates and gained 54.59 percent of the popular vote during the election.

© REUTERS / Joshua Roberts
US Judge Blocks Trump Ban on Transgenders Serving in Military
Robert G. Marshall, who got 45.36 percent of the vote, had been elected 13 times over the last 26 years. He is known for his conservative views, as he called himself Virginia's "chief homophobe."

Marshall was a proponent of the "bathroom bill" that stipulated the use of bathrooms by transgender people corresponding to the gender in their birth certificate. He was also an author of a bill banning gay people from serving in the Virginia National Guard as well as of an amendment that defined marriage as a union between a man and a woman.