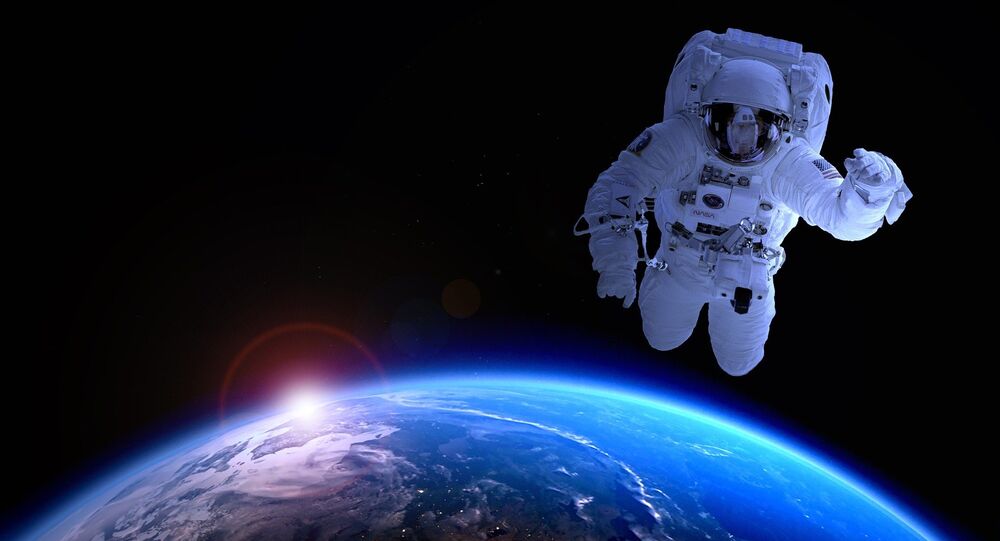 NASA has retracted a scientific report about the deadly damage long spaceflights may pose to an astronaut’s health, the Retraction Watch weblog has reported.

According to the report by Retraction Watch, which analyzes cases of articles pulled from magazines and scientific journals, on September 25, NASA warned a team of Miami University scientists, led by Noam Alperin not to publish any information pertaining to their study of visual damage caused by long space flights.

Earlier, NASA recalled their article about the “Role of Cerebral Spinal Fluid in Space Flight Induced Ocular Changes and Visual Impairment in Astronauts,” which appeared in the April issue of Radiology.

© CC0 / Pixabay
Man-Made Space Junk Puts Astronauts, Operational Spacecraft in Serious Danger
NASA argued that the authors had disclosed confidential information concerning the identities of the astronauts who had participated in the research.

The authors, for their part, said that they had removed anything that could possibly identify the astronauts.

NASA still pulled the paper from the journal’s website replacing it with the following notice:

“This article has been retracted due to security concerns raised by NASA, the sponsoring agency.”

According to Retraction Watch, the study has already won mention by such authoritative Western media outlets as Space.com, The Conversation and CNN News.