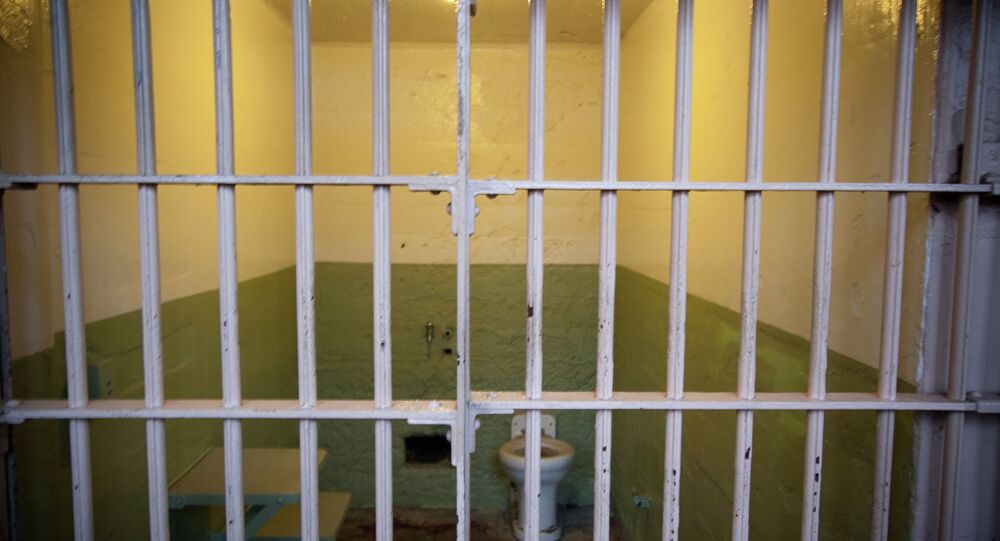 A 34-year-old man from Pennsylvania has been charged with murder and criminal homicide for murdering and mutilating his 19-year-old girlfriend after she refused his marriage proposal.

According to the Inquisitr report, Christopher R. Tucker, 34 (not to be confused with the comedian), proposed marriage to Tara Serino while the two were at Tucker's home in Berks County. The girl reportedly rejected his proposal and told Tucker she had been seeing another man.

"He asked her to marry him. When she said no he just snapped," police troopers told reporters. According to the police, the girl had the bad fortune of making an off-hand comment that Tucker should kill her.

© Photo : vk.com
Russian Teen Suspected in Teacher's Brutal Murder Publishes Selfies With Dead Body
Tucker, known to suffer from mental illness, grabbed the girl and choked her until he thought she was dead.

Unsatisfied, he poked her eyes out, whereupon he snapped her neck. Continuing on in his bloodthirsty rampage he then proceeded to hack to pieces the girl's body with a hatchet.

Tucker then wrapped Serino's body in a rug and left the bundle lying in his home as he fled to Illinois in his car. But, to his misfortune, the car reportedly broke down. According to police, Tucker attempted to steal something from a combine harvester at a farm, but the farmer alerted the police, which led to Tucker's apprehension, hospitalization for evaluation and, eventually, arrest.

While in custody, Tucker confessed to the murder, which allowed Pennsylvania police to search his house and discover Serino's mutilated body.

"What our troopers found when they got there was very gruesome," said Pennsylvania State Trooper David Beohm, according to CBS Philadelphia.

Tucker's father received the call from Illinois about his son's hospitalization. The call made him visit his son's residence, where he found Serino's cell phone and purse, but somehow missed the body wrapped up and lying on the floor. Tucker's father decided to return the girl's belongings to Serino's family.

According to Tucker's friend Chad Flyte, Tucker had a mental illness and recently been in and out of treatment for it.

"I had personally taken him to the hospital many times," Flyte told reporters.

"He's my friend, he's my brother, but he did something terrible," he added.