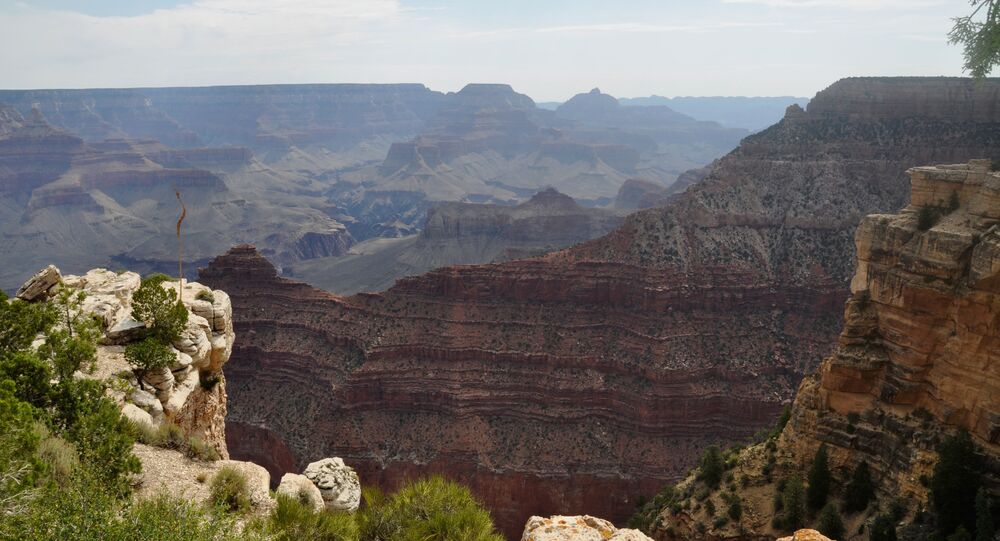 A recommendation by the US Forest Service to review a ban on uranium mining in the Grand Canyon watershed threatens the Hopi Indian Tribe and other Native Americans with poisoned water and increased cancer rates, according to a press release issued by tribal Chairman Herman Honanie.

WASHINGTON (Sputnik) — Honanie argued the US federal government should clean up and reclaim existing contaminated sites before it promotes renewed uranium mining.

"Hopisinon and many other Native American people suffer an ongoing legacy of death by cancer, chronic health problems and radioactive contamination including water contamination on tribal lands," Honanie said on Tuesday.

More than 1 million acres next to the Grand Canyon could be open to mining & put drinking water for millions at risk https://t.co/Ef1ex4CL4G pic.twitter.com/L3w7cu9Fdm

A Forest Service report issued earlier this month a recommendation that existing regulations be revised to permit mineral development on previously withdrawn lands, according to the Navajo-Hopi Observer news website.

Because the Forest Service report does not explicitly advise eliminating the uranium ban, it remains unclear whether mining for the nuclear material will be allowed in the near future, the article said.

The Trump administration has proposed lifting a 20-year uranium mining ban on a million acres near the Grand Canyon.https://t.co/183kYpypEK pic.twitter.com/xFufCOdDuC

One of the policies revisited by the Forest Service was a 20-year ban on uranium mining in and around Grand Canyon National Park, which was imposed by former Interior Secretary Ken Salazaar in 2012, the Navajo-Hopi Observer reported on Tuesday.

The ban was put in place for scientists to study the potential effects of uranium mining on the Grand Canyon watershed, which provides water to about 25 million people, including the metropolitan areas of Phoenix in the US state of Arizona and Los Angeles in the US state of California.