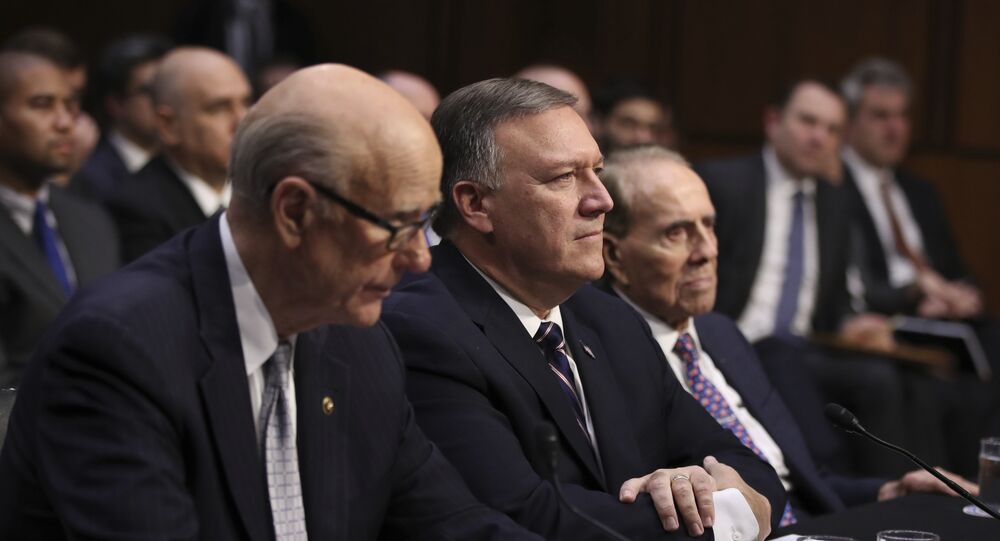 Central Intelligence Agency Director Mike Pompeo met with former NSA officer Bill Binney in late October to discuss the latter’s theory – shared by Veteran Intelligence Professionals for Sanity, a group of former members of the US intelligence community – that the alleged Russian hacking of DNC emails was in fact a leak from someone inside the DNC.

US President Donald Trump himself reportedly sent the CIA chief to meet with the veteran intelligence expert, The Intercept reported Tuesday.

Binney recalled Pompeo quoting the president as saying that if the CIA head "wanted to know the facts, he should talk to me."

Despite Binney's 30 years of service in the NSA, his honourable whistleblowing on illegal NSA programs and his time with the US Army Security Agency, Mother Jones recently dismissed the Binney as a "conspiracy theorist." In 2013, however, Mother Jones cited Binney as an technical expert who could speak on Edward Snowden's revelations about the NSA. On another occasion, the publication described Binney as a "former senior NSA crypto-mathematician ‘largely responsible for automating the agency's worldwide eavesdropping network.'"

US media continues to be quick to turn on those who refuse to fall in line with the shaky Russiagate narrative.

Binney explained to Sputnik Radio's Loud & Clear last week that there is plenty of mystery within the US intelligence apparatus — even for someone like Pompeo in charge of an agency. Binney said oversight bodies in Congress, the courts and even the White House don't "have any way of verifying what they're doing, that's the real problem — even the managers of those agencies don't necessarily know what's going on in their agency."

​Binney agreed to continue the conversation with Pompeo, the NSA and the FBI, the Intercept notes.

Binney told the Intercept he discussed the strange case of Seth Rich, a DNC staffer who was murdered in 2016 and who some have speculated sent WikiLeaks the DNC emails. While the notion that Hillary Clinton's DNC ordered a literal assassination has been dismissed as a conspiracy theory, there are still those who find it suspicious that the person who killed Rich didn't even make away with the staffer's wallet. As of May 2017, the investigation was still ongoing and had not been resolved by local police. It's not clear what Binney told Pompeo about the Rich case.

The VIPS published a memo signed by dozens of former military and intelligence officials in January 2017 stating that the intelligence community should have delivered concrete, indisputable evidence that WikiLeaks received emails from Russians and not someone else.

Binney, who "created many of the collection systems still in use, assures us that NSA's ‘cast-iron' coverage… would almost certainly have yielded a record of electronic transfer from Russia to WikiLeaks," the memo said.

"Our conclusion [is] that leaks are the source of the WikiLeaks disclosures in question — not hacking," the memo found.

Binney has appeared on Fox News on multiple occasions to discuss his findings, and it is possible Trump requested Pompeo meet with Binney after watching one of the former NSA officer's segments.

Ex-CIA Official: 'Trump is Wrong in Reading of Iranian Government and People'