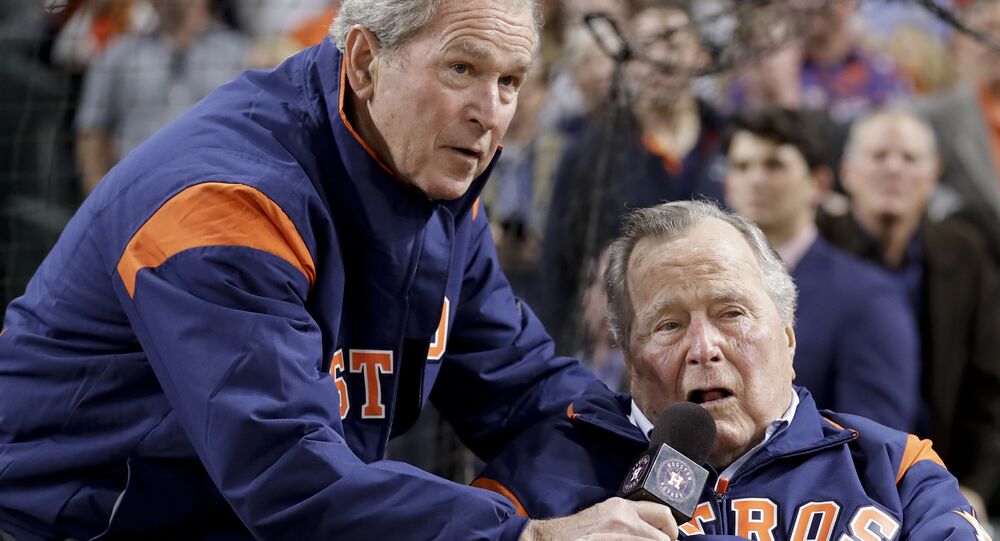 Neither former US President George H. W. Bush nor President George W. Bush voted for the Republican candidate Donald Trump in last years' elections; they have harsh words for the incumbent of the White House in a new book in which Bush senior calls Trump a "blowhard."

Former US President George H. W. Bush and his son, former President George W. Bush have criticized current US President Donald Trump in a new book. They also confirmed that neither of them voted for the Republican Party nominee, who they had refused to endorse after his nomination was announced.

"I don't like him. I don't know much about him, but I know he's a blowhard. And I'm not too excited about him being a leader," Bush senior said in May 2016 in conversation with the book's author, historian Mark Updegrove.

The book, which focuses on the father and son and is called "The Last Republicans," also reveals that George W. Bush did not think that Trump would win the presidential race.

When Trump entered the race, George W.'s reaction was "interesting, won't last," he told Updegrove, who had several on the record discussions with the pair. But the former president explained that "when you're not out there and you're not with the people, you don't get a good sense of (the mood)."

© AP Photo / Aaron M. Sprecher/Invision for AMC
Twitter Blasts Bush Senior for 'GrabAss Behavior'
George W. was unimpressed by Trump's claim that he doesn't need advisers. During the presidential campaign, Trump said "my primary consultant is myself and I have a good instinct for this stuff," when asked who his advisers were on foreign policy.

"Wow, this guy doesn't know what it means to be president," was the former President's reaction, Updegrove told CNN on Saturday.

George W., whose brother Jeb had run for the Republican nomination, said that he voted for Democratic candidate Hillary Clinton in the presidential election. George H. W. revealed that he voted "None of the Above."

The White House has responded to the revelations with criticism of Trump's predecessors' legacies.

"If one presidential candidate can disassemble a political party, it speaks volumes about how strong a legacy its past two presidents really had. And that begins with the Iraq war, one of the greatest foreign policy mistakes in American history," a White House official told CNN.

100 Years of Colonialism for Palestine; Trump Heads to Asia