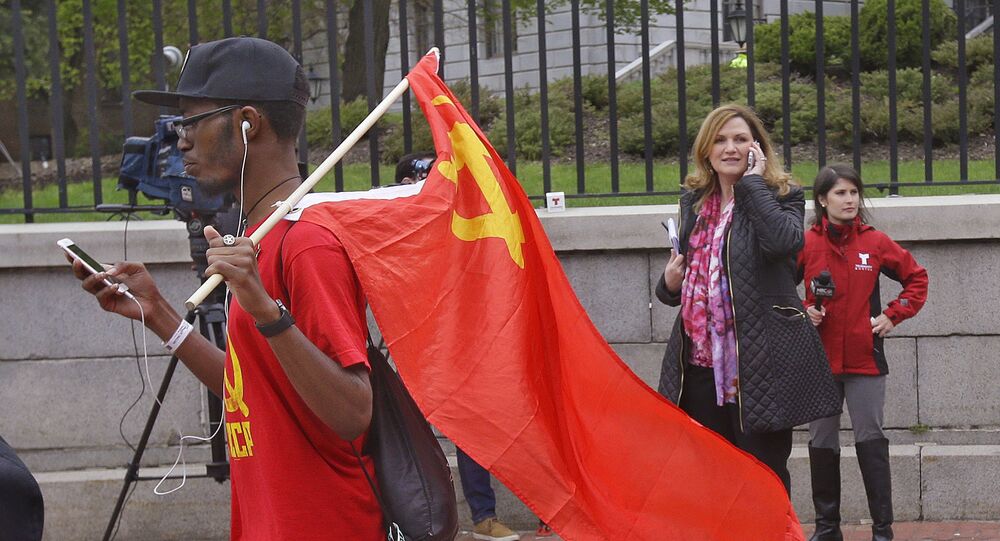 Uncle Sam Rolls in His Grave: US Youth Favor Socialism Over Capitalism

A recent YouGov poll revealed that a growing number of American millennials prefer socialism to capitalism, apparently favoring the very ideology that has long been considered one of the greatest threats to the United States.

According to an opinion poll conducted by YouGov at the behest of the Victims of Communism Memorial Foundation, nearly half of the millennials in the United States favored socialism over capitalism.

© CC BY 2.0 / Michael Hicks / img_2987
'Politically Incorrect' Halloween: 'It's Okay to Be White' Posters Spark Controversy in the US
The poll's definition of socialism, as an economic system is unambiguous: "Economic and social systems characterized by social ownership and state control of the means of production, as well as the political theories, and movements associated with them."

However, the definition of communism as a "Socioeconomic order structured upon the common ownership of the means of production and the absence of social classes, money and the state" may prove confusing to those most familiar with the governments of Mainland China, North Korea and Cuba.

Marion Smith, executive director of the Victims of Communism Memorial Foundation, described these trends as "deeply worrisome," warning that the millennials, whom he described as "the largest generation in America", are "increasingly turning away from capitalism and toward socialism and even communism as a viable alternative," according to Market Watch.

Report Reveals Even US Female Lawmakers Harassed by Colleagues