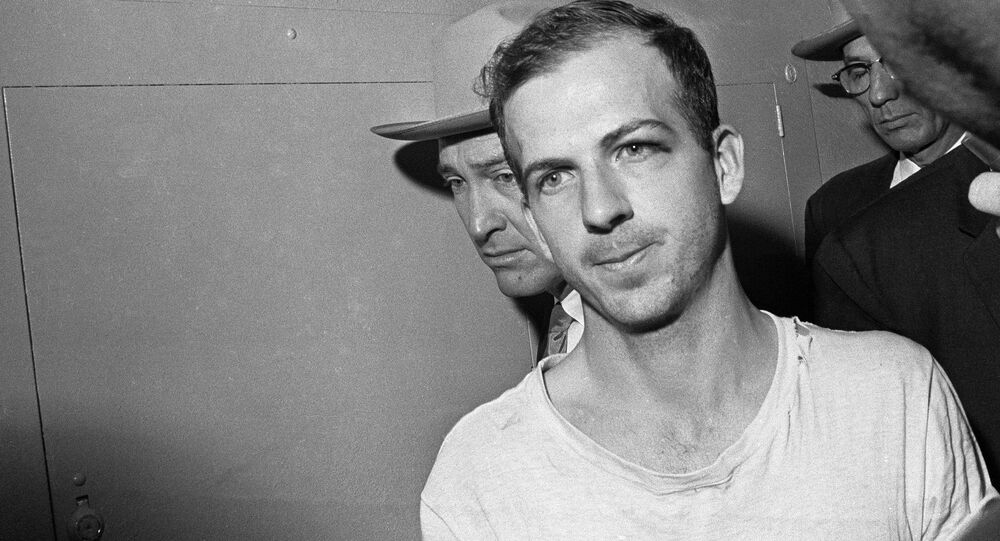 According to freshly-declassified documents on US President John F. Kennedy’s assassination, CIA believed Lee Harvey Oswald had pondered escaping to the Soviet Union after shooting Kennedy.

WASHINGTON (Sputnik) — Newly unsealed files on US President John F. Kennedy’s assassination revealed Friday that the Central Intelligence Agency had not found any proof of killer Lee Harvey Oswald’s link to the agency.

A CIA memo dated 1975 said a thorough examination of the agency’s archives from the 1970s had proven that rumors of Oswald’s CIA connections were "unfounded."

Another declassified document, dated November 24, 1963, showed that the intelligence agency believed Oswald had pondered escaping to the Soviet Union after shooting Kennedy.

© AP Photo
JFK Files: 'Extraordinary, Strong Evidence That Lee Harvey Oswald Shot Kennedy'
Earlier, a new batch of documents on the assassination of President John F. Kennedy never before seen by the public have been released, most of which had been classified in their entirety by the CIA.

The release of 676 documents included 553 CIA records that were previously denied in their entirety, a press release by the National Archives said.

Other records came from the departments of Justice and Defense, the House of Representatives Select Committee on Assassinations and the National Archives.

An official US investigation, which concluded that assassin Lee Harvey Oswald acted alone, has spawned dozens of conspiracy theories and books in the past 54 years that delve into Cold War spy craft, mafia contacts with US intelligence and clandestine meetings with operatives from Cuba and the Soviet Union.

Most of the material has previously been made public, however President Donald Trump ordered remaining material released after a review of proposed redactions, primarily to protect identities of individuals mentioned.