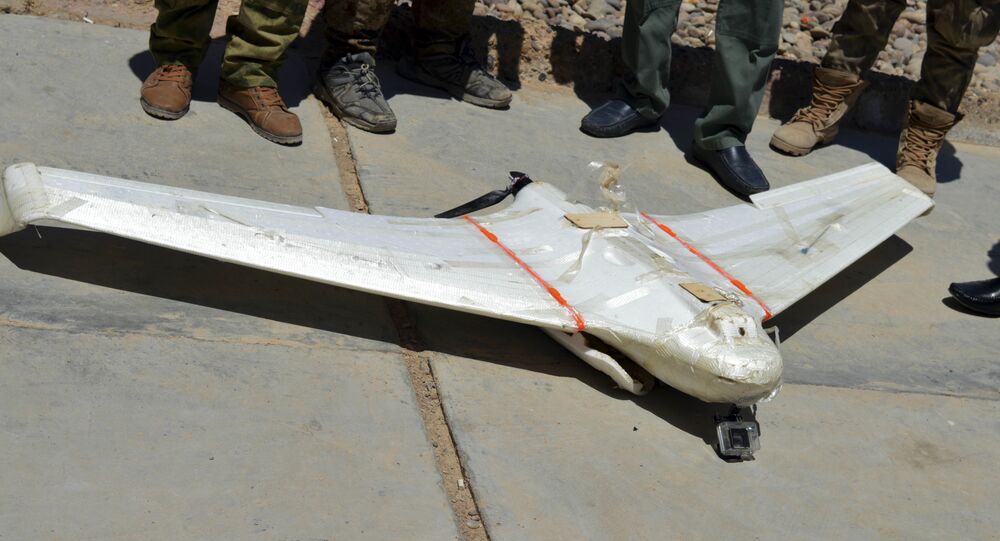 The US Central Command based in Tampa, Florida, wants to expedite the deployment of electronic weapons to strike down enemy drones, Scout Warrior reports.

"Theater has asked for a solution, so we are looking at what we can apply as an interim solution," a US Army colonel told the publication October 3. The official did not specify which theater in particular had made the request, but he said the military is actively cooperating with the private sector to develop and commission the weapon.

The Army reportedly seeks an electronic warfare weapon that could be used by infantry to fill the capabilities requirement.

From Canberra, Australia, MySky Technologies CEO Steve Auch-Schweld told The Advertiser November 3, "in the battlefield, we've got an asymmetric threat which is where some non-state actors like [Daesh] would be able to buy relatively low-cost drones through the internet or even off-the-shelf and they can militarize them."

The UAVs are generally used as vehicles to deploy improvised explosive devices. "They strap bombs to them: mortars or grenades. Then there are state actors. The big unmanned aerial vehicles," Auch-Schweld said.

There doesn't seem to be any consensus on the most effective way to go about counter-drone warfare. Some have envisioned a weapon troops could fire from the ground to disrupt enemy drones' electronic systems, while others have considered small aerial vehicles that could be launched by being thrown into the air by soldiers, and which could then tail a UAV and detonate upon approach.

"The IED continues to be our adversary's strategic operational and tactical weapon of choice," Lt. Gen. Michael Shields said at the National Defense Industrial Association conference in early August. The Defense Department and "the US government have to be more agile, collaborative and innovative in order to be proactive to stay in front of the enemy so they to us instead of us reacting to them."

Ominous Development of the US Drone Program