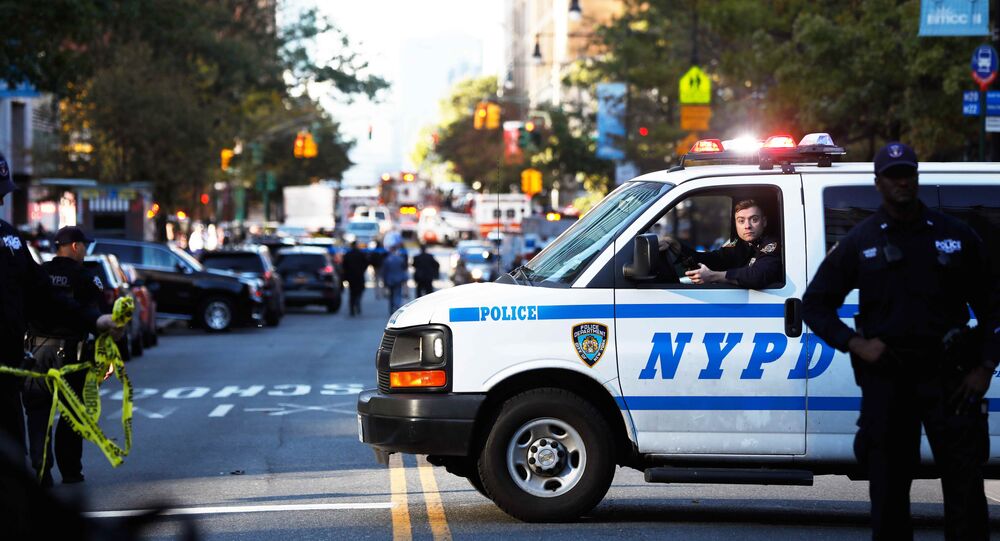 In an impromptu statement over Twitter, US President Donald Trump decried the perpetrator of the truck ramming terrorist incident in Manhattan that has killed eight. Trump called the attacker a "very sick and deranged person" and vowed to prevent further attacks from occurring within the US.

"In NYC, looks like another attack by a very sick and deranged person. Law enforcement is following this closely. NOT IN THE U.S.A.!" Trump tweeted.

In NYC, looks like another attack by a very sick and deranged person. Law enforcement is following this closely. NOT IN THE U.S.A.!

Trump later wrote that "we must not allow [Daesh] to… enter our country after defeating them in the Middle East." Daesh's territorial holdings in Iraq and Syria have been steadily crumbling as their numerous enemies seize stronghold after stronghold from their control.

We must not allow ISIS to return, or enter, our country after defeating them in the Middle East and elsewhere. Enough!

​First Lady Melania Trump also tweeted out that her "heart breaks" for the city of New York after the attack. "My heart breaks for #NYC today. Thoughts & prayers as we monitor the situation," she wrote.

The 29-year-old assailant mowed civilians down with his truck before exiting the vehicle and reportedly opening fire while shouting "Allahu Akbar." New York Police then shot the perpetrator and detained him. He has been taken to the hospital, where he remains in custody.

New York Mayor Bill DeBlasio identified the incident as a terrorist attack but denied that there was any greater conspiracy, calling the perpetrator a "lone wolf."

Daesh 'Has Not Gone Away': Analysts Say Group Will Inspire Future Terrorist Acts