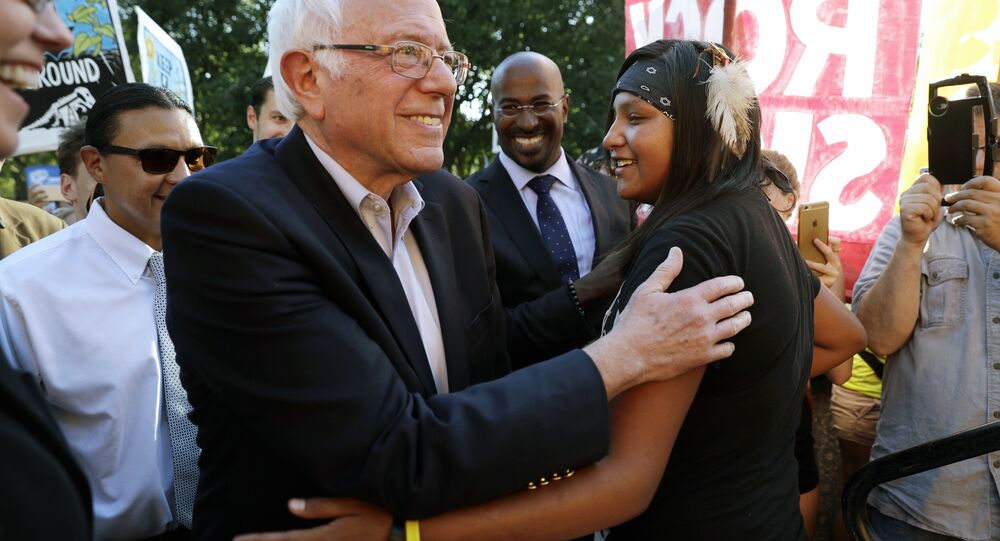 Republican pollster Tony Fabrizio has revealed that independent US Senator Bernie Sanders could have had it all if he hadn’t put a stake on Hillary Clinton.

While addressing Harvard University Institute of Politics event Monday, Fabrizio explained that Sanders could have won the 2016 US presidential election, but as Democrats tricked the system to have Clinton as the main candidate, the most popular politician failed to win.

According to WikiLeaks' disclosures back in 2016, which include the 20,000 emails allegedly hacked from the US Democratic National Committee and also those of Clinton's campaign chairman John Podesta, some of which were legally obtained through the Freedom of Information Act, the Democratic National Committee (DNC) endeavored to ruin Sanders's bid to win the nomination.

Clinton, with the support of the DNC, managed to push Sanders out of the primary race, but lost in the election to Trump, as the former secretary of state, US senator and former first lady was considered to be a tainted part of the elite Washington establishment.

When asked about the possible outcome of the race, if Sanders hadn't failed, Fabrizio alleged Sanders would have beaten Trump.