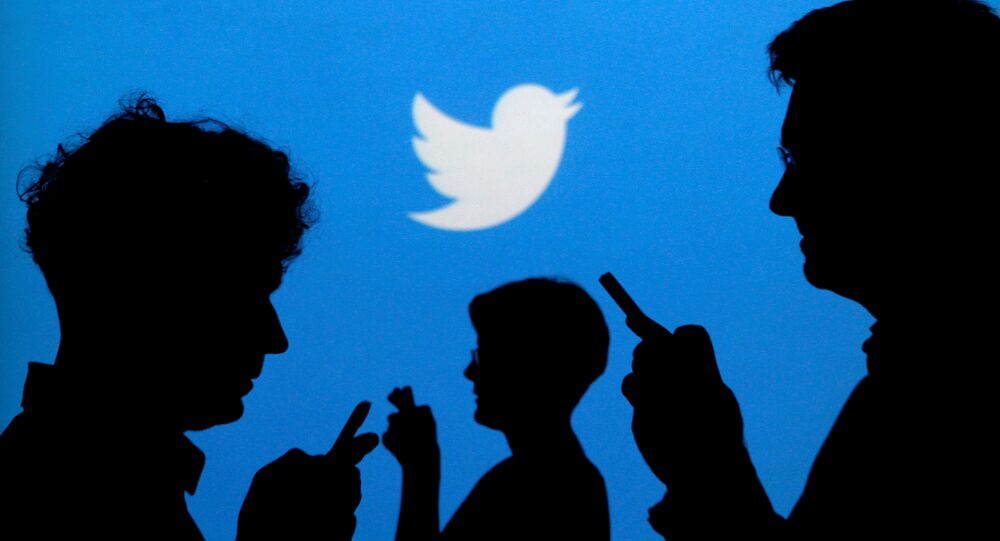 The accounts make up only 0.012 percent of all the Twitter accounts that existed during the time frame in question, according to the testimony of Twitter’s acting general counsel Sean Edgett, obtained by media.

MOSCOW (Sputnik) — Twitter has discovered over 36,000 accounts linked to Russia that generated around 1.4 million election-related tweets during the US 2016 election campaign, a document obtained by the Business Insider said Tuesday.

According to the testimony of Twitter’s acting general counsel Sean Edgett, who is set to appear before the US Congress later this week, the platform "identified 36,746 accounts that generated automated, election-related content and had at least one of the characteristics we used to associate an account with Russia," which generated "approximately 1.4 million automated, election-related Tweets that collectively received approximately 288 million impressions," the media outlet wrote.

© AFP 2020 / Leon Neal
Twitter's Decision to Ban Ads From RT, Sputnik 'is About Currying Favor' With US Government, Analyst Says
According to the media outlet, citing a source familiar with the document, the company studied the period between September 1-November 15, 2016 and analyzed around 16 billion unique tweets, with the final review covering around 190 million election-related tweets.

The accounts represented in the report make up 0.012 percent of all the Twitter accounts that existed during the time frame studied, the source added, citing the document.

Twitter, as well as Facebook, is scheduled to appear before the US congressional hearing to testify on Russia’s alleged meddling in the 2016 US presidential election.

Moscow has repeatedly refuted the claims of election interference, calling them absurd, and an attempt to defect public attention from real election fraud, as well as from other pressing domestic issues.