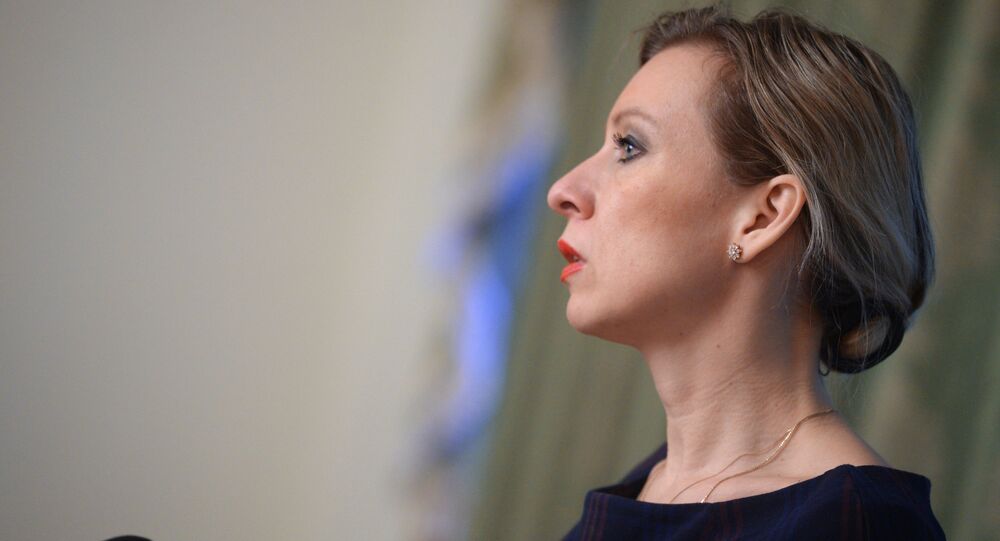 The spokeswoman for the Russian Foreign Ministry has said that an inaccuracy in the indictment of former Campaign Chairman for President Donald Trump, Paul Manafort and his associate Rick Gates helped better understand how it was prepared.

The office of Special Counsel Robert Mueller said earlier in the day that Manafort and Gates had been indicted by a federal grand jury on 12 counts, including, among others, a conspiracy against the United States, conspiracy to launder money and acting as an unregistered agent of a foreign principal. Mueller is currently investigating alleged Russian interference in the 2016 US presidential election and purported collusion between Trump's campaign and the Russian government, in particular.

"What makes it false… I really 'liked' the paragraph on how, according to the latest findings by US security agencies, Yulia Tymoshenko was Ukraine's president before [Viktor] Yanukovych," Zakharova said, as aired on the Rossiya 1 TV channel.

© REUTERS / Brendan McDermid
Manafort Indictment Unlikely to Hurt Trump Unless Mueller Uncovers Russia Ties
The spokeswoman added that this inaccuracy helped to better understand how the indictment had been prepared.

"Such things are impossible in the case of serious investigations," Zakharova said.

Tymoshenko was Ukraine's prime minister in 2005 and in 2007-2010, under President Viktor Yushchenko. She also participated in 2010 presidential election, losing to Yanukovych in the runoff.

The text of the indictment, as published by the US media, suggests that Manafort and Gates had been involved in lobbying members of the US Congress on Ukraine-related issues and states that Tymoshenko "served as Ukraine President prior to Yanukovych."

Manafort and Gates have pleaded not guilty at their arraignment in the US District Court for the District of Columbia.