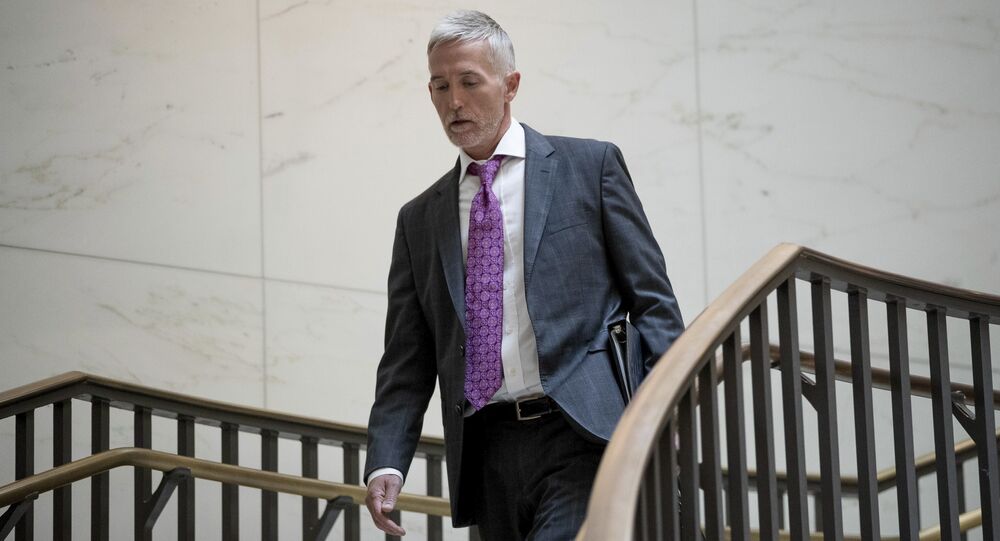 Republican Congressman Trey Gowdy has criticized special counsel Robert Mueller after his team leaked to the media information about charges filed in the course of his investigation into alleged collusion between the presidential campaign of US President Donald Trump and Russian actors.

Trey Gowdy, who is chairman of the House Oversight and Government Reform Committee, has slammed the inquiry for leaking news about the charges, which are reportedly still sealed under orders from a federal judge.

"In the only conversation I've had with Robert Mueller, I stressed to him the importance of cutting out the leaks," Gowdy told Fox News Sunday.

"It's kind of ironic that the people charged with investigating the law and the violations of the law would violate the law," he added.

© AP Photo / Evan Vucci
First Charges Filed in Special Counsel Investigation on Trump Russia Collusion - Report
According to the CNN report, plans were prepared Friday for anyone charged to be taken into custody as soon as Monday. It is unclear what the charges are or who has been charged.

"Make no mistake, disclosing grand jury material is a violation of the law. Somebody violated their oath of secrecy," Gowdy said.

Gowdy, a former state and federal prosecutor, represents South Carolina in the House of Representatives. He led the House Select Committee into events surrounding the 2012 terrorist attack in Benghazi inquiry, during which he criticized the Obama administration's "intentional," "coordinated" and "shameful" stonewalling of his investigation.