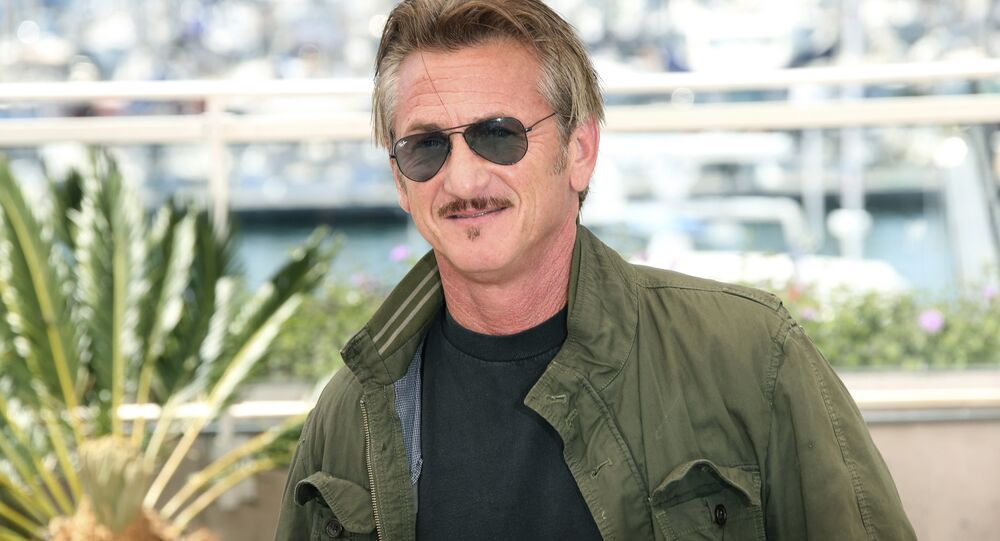 Hollywood actor Sean Penn fears assassination at the hands of a Mexican drug cartel because of a Netflix documentary, according to his lawyer. Sputnik discovers the hidden story behind The Day I Met El Chapo.

Netflix viewers have been warned that a documentary about a Mexican drug cartel boss could lead to the death of Oscar-winning actor Sean Penn.

The film, which was uploaded onto Netflix on Friday, October 20, claims Penn tipped off the US authorities when he met Joaquin "El Chapo" Guzman in 2015.

The Day I Met El Chapo is based on a version of events from famous Mexican actress, Kate del Castillo, who acted as go-between for the bizarre meeting in October 2015.

Del Castillo claims Penn alerted the US authorities about the meeting, which may have led to El Chapo's eventual capture three months later.

Penn, 57, has said the idea he alerted the US Department of Justice was a lie.

What makes the spat even more interesting is that del Castillo, with whom El Chapo was reportedly obsessed, also claimed she had slept with Penn while arranging the meeting.

'Blood Will Be on Their Hands'

Penn's attorney, Theodore J. Boutrous Jr., wrote an open letter warning Netflix of the danger they were putting his client in.

"They are hereby on notice that blood will be on their hands if this film causes bodily harm. It is reprehensible that, in their ongoing, relentless efforts to gain additional attention and publicity, Ms. del Castillo and her team (who have zero first-hand knowledge) have sought to create this profoundly false, foolish, and reckless narrative," said Penn's spokesperson, Mark Fabiani.

"The notion that Mr. Penn or anyone on his behalf alerted the Department of Justice to the trip is a complete fabrication and bald-faced lie. It never happened, nor would there have been any reason for it to have happened," he added.

"Penn was given the opportunity on multiple occasions to participate in The Day I Met El Chapo, and did not do so," said a Netflix spokesperson.

El Chapo had been on the run for five months after escaping through a tunnel built in a shower at Altiplano maximum security jail in central Mexico.

The mile-long US$6.7 million tunnel had been equipped with ventilation ducts, running electricity to power strip lighting and stairs.

Penn wrote an article for Rolling Stone magazine about the encounter.