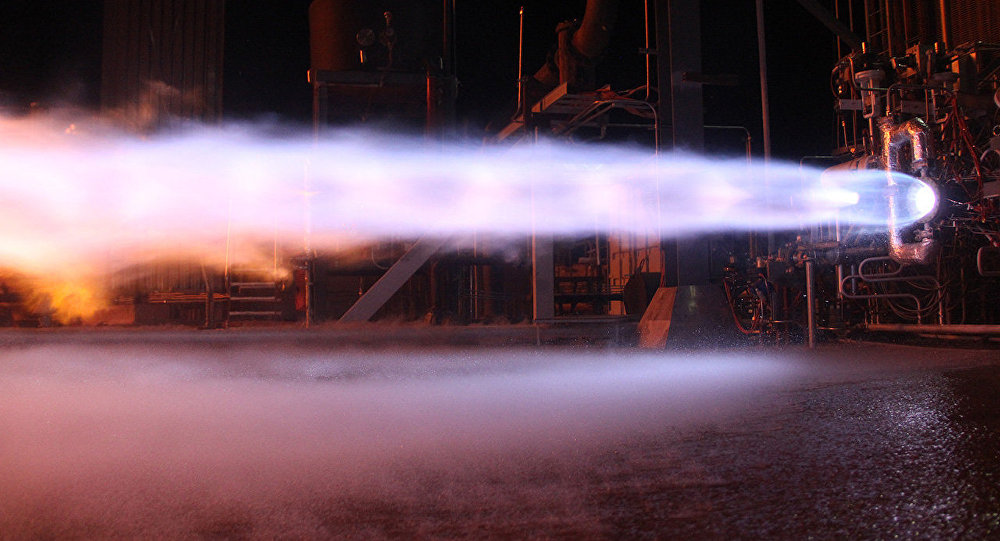 Billionaire Jeff Bezos’ space company Blue Origin has fired up the most powerful new US rocket engine in decades, BE-4. The engine can be used in multiple rockets, including United Launch Alliance's Vulcan and Blue Origin's own orbital rocket, New Glenn.

The BE-4 engine, powered by liquid oxygen and liquid methane propellants, has been closely watched within the aerospace community and in military space for a number of reasons.

© NASA .
SpaceX Dragon Cargo Ship Departs International Space Station - NASA
Designed to pump out 550,000 pounds of thrust at sea level, it promises to be the most powerful American-built rocket engine since Rocketdyne developed the RS-68 engine two decades ago. The BE-4 uses innovative new technology, is fully reusable and could become the premier US rocket engine for both commercial and military heavy launches.

It is also notable that the engine was built with mostly private money and no direct cost to taxpayers.

On Wednesday, the company successfully fired up the BE-4 at 50-percent power for three seconds at a facility in West Texas. It's a major stepping stone in the development of the engine, which is expected to play a key role in Blue Origin's economic future.

First hotfire of our BE-4 engine is a success #GradatimFerociter pic.twitter.com/xuotdzfDjF

​It is highly likely that the BE-4 engine will be used in ULA's newly developed flagship rocket, Vulcan, replacing Russian-made rocket engines on which the company has been relying for the past decade. ULA is also considering as a "Plan B" the AR1 engine under development by Aerojet Rocketdyne, which has historically built most US engines. But Wednesday's successful test demonstrates that Blue Origin is significantly ahead of Aerojet.

Congratulations to the entire Blue Origin team on the successful hotfire of a full-scale BE-4 engine! https://t.co/p0haqzfbYn

​Some have derided Blue Origin for its original focus on New Shepard, a suborbital vehicle that the company plans to use for space tourism trips in a year or two. However, the success of the BE-4 proves that Blue Origin is gearing up for orbital and deep space missions, too.

"As Joe Biden would say, this is a BFD for the space industry," said Phil Larson, an expert in commercial space and assistant dean for strategy, planning, and communications at the University of Colorado's College of Engineering and Applied Science, as cited by Arstechnica.

"It goes to show we're accelerating into the moment where commercial space is driving our national space infrastructure.