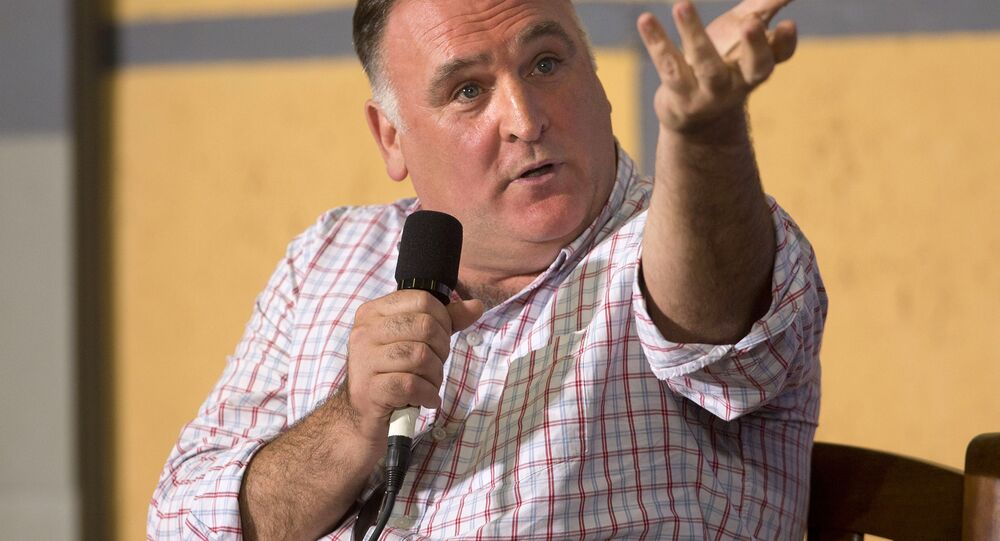 As US President Donald Trump reflexively pats himself on the back, a private citizen has accomplished real-world results by orchestrating a massive food assistance program to Puerto Rico that dwarfs the American Red Cross' efforts.

After characteristically congratulating himself for what most consider to be his administration's strikingly inadequate response to disaster relief efforts in Puerto Rico, Trump continues to ignore that an estimated 85 percent of the US protectorate is still without power, and wealthy private citizens are stepping up to the plate.

Now approaching 1.5 million free hot meals served to residents of the island, Washington DC-based celebrity chef José Andrés has put his money where his mouth is, organizing hundreds of volunteers to prepare an estimated 60,000 servings of nutritious stews and sandwiches every day.

Andrés' efforts are far beyond what the American Red Cross has managed to put together.

Official US aid to the beleaguered island territory has prompted many to observe that the Trump administration is floundering in mismanagement, especially after the US president went on a Twitter tirade accusing the local government of incompetence and stating that US emergency services could not stay "indefinitely."

During a visit to the capital city of San Juan last week, Trump defined the depth of his commitment to aiding the island by throwing rolls of paper towels at people attending his speech.

But locals, expats and those with resources are doing the real job of rebuilding the devastated landscape.

Meals prepared by Andrés' team, as well as water and medical supplies, are loaded onto trucks to be taken to remote areas that remain without power or communications.

"We have the food trucks that reach any area that sometimes have difficult access, one house here, one house there," Andrés stated, cited by NPR.org.

Meals are also picked up by those in need, to take them back to their villages. None are turned away.

Puerto Rican native Zelides Enid and two friends, standing in line to get 300 meals to take to their neighborhood, echoed the sentiments of island residents.

"Since the hurricane, we haven't gotten much help in our community, and FEMA still hasn't arrived," Enid said, cited by NPR.org.

After arriving in Puerto Rico just days after the disaster, FEMA gave the Andrés nonprofit, World Central Kitchen, the financial resources to cook some 20,000 meals over a period of one week, but declined to provide additional funding, leading the chef to authorize his organization to fill in the gap.

When asked about what led him to participate in the island's recovery, Andrés paraphrased US author John Steinbeck.

"Steinbeck said very clearly," the chef stated, "Where there is a fight so hungry people may eat, I will be there."

The chef was previously noted for backing out of an agreement to open one of his restaraunts in a Trump-branded property.