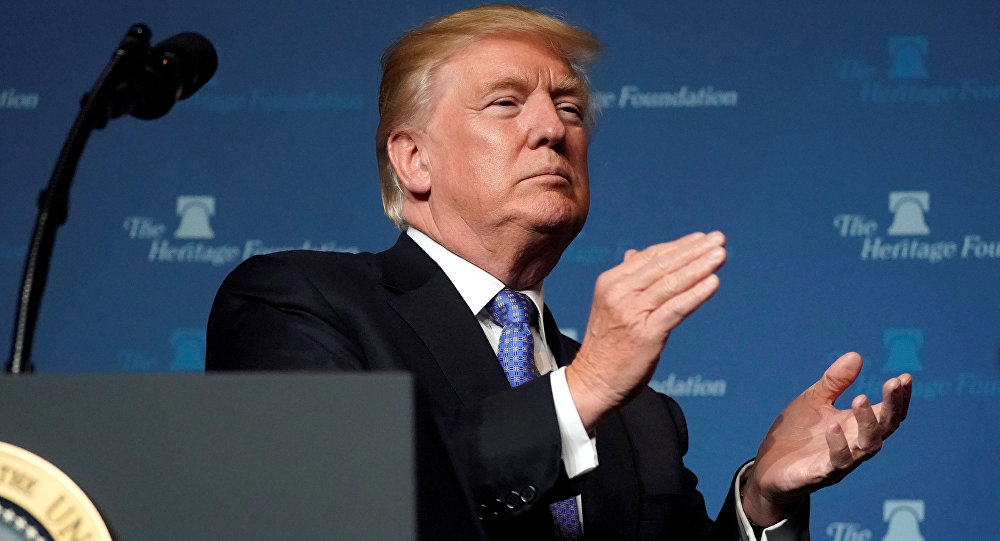 US presidents past and present took a few verbal potshots at one another this week, but some of the ostensible points of dispute simply amount to a “fake debate,” Vijay Prashad, professor of international studies at Trinity University, told Radio Sputnik’s Loud & Clear Friday.

Speaking at the Bush Institute, former US President George W. Bush said while "we should not be blind to the economic and social dislocations caused by globalization… we can't wish globalization away, any more than we could wish away the agricultural revolution or the industrial revolution."

However, US President Donald Trump's promise to the nation has been summed up in the phrase, "Make America Great Again," and the policy prescription naturally flowing from this mantra is to put "America first" on issues by turning away immigrants and engaging in protectionist trade policies.

"We've seen nationalism distorted into nativism," Bush chided, "forgotten the dynamism that immigration has always brought to America. We see a fading confidence in the value of free markets and international trade — forgetting that conflict, instability and poverty follow in the wake of protectionism."

"Politically," however, Trump "doesn't say so," Prashad explained to Loud & Clear. In his public persona, Trump "likes to gesture to his base that he's against free market globalization, and he would prefer to blame immigrants for the problem of joblessness."

"There is no indication that Trump is going to roll back on free market globalization. This is a fake debate," Prashad noted.

Meanwhile, at least nine of the 43 families who have lost a loved one serving in the military during the Trump administration told the Associated Press Thursday they have not heard a word from the president.