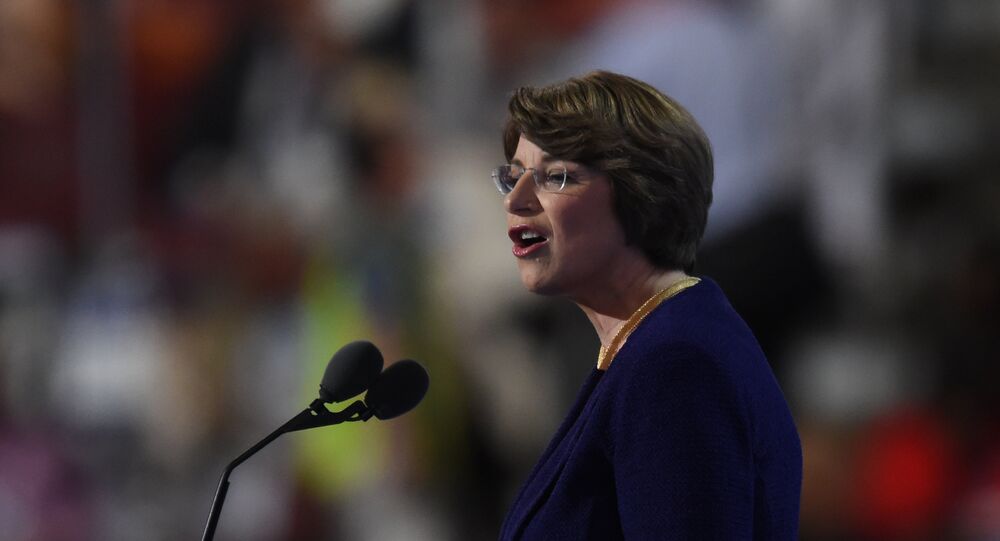 The US Congress is trying to increase "transparency" of political advertising on the internet, but the drive for greater oversight on the web faces opposition from multinational tech companies who don't want more regulation, political analyst Jack Rice told Radio Sputnik.

The "Honest Ads Act" introduced to the US senate this week is an attempt to ensure greater transparency by tightening regulations for online political advertising, political analyst and former CIA officer Jack Rice told Radio Sputnik.

"What we're really talking about here is transparency, in the sense of, 'where is the money coming from?'" he explained.

"This is a fight that was taking place not just on an international scale but even domestically in the US when it came to who was driving political ads, political decision-making and just how much money was involved."

The bill was introduced on Thursday by three senators, Democrats Amy Klobuchar and Mark Warner and Republican John McCain. It would require companies like Facebook, Google and Twitter to keep a public record of who bought advertising space on their platforms, just as broadcast, cable and satellite providers do.

"At the end of the day, it is not too much to ask that our most innovative digital companies work with us by exercising additional judgment and providing some transparency," Senator Warner stated.

© AP Photo / Marcio Jose Sanchez
In this June 5 photo, a man rides a bike past a Google sign at the company's headquarters in Mountain View, California.
Facebook, Google and Twitter are in discussions with lawmakers about the issue but they haven't endorsed the bill. Rice said they are reluctant to be subjected to more regulation.

"It's all about money, there's a huge pushback on the internet side because there's huge money to be made and people don't want to disclose anything. If they can avoid any regulation, they will do so, that's the first step."

Another factor is the difficulty of tracking internet advertisers, Rice said.

"The problem with the internet is that it's not located in any one particular place, it can bounce between literally a dozen or more countries very quickly and it's hard to track exactly who's doing what and from which location they're actually doing it. That makes it harder but again, in the end it's all about money."

© AP Photo /
'Russian Ads' Bluff: Facebook, Twitter and Google Deserve Scrutiny, but Not the Way Congress Wants
The bill proposes to make internet platforms show the purchaser of an ad, in the same way that broadcast television stations are required to do. However, Google and Facebook argue that the limited ad space isn't enough for a disclosure message.

"Nobody wants to be regulated, everybody wants to deny regulation and if they can keep as much of their own resources and avoid having to respond to others requirements, that much the better – for them, anyway."

There is "pushback" against regulation coming from Google, Facebook and Twitter as well as other websites in Europe who are opposed to more regulation from the EU, Rice said. Many large internet companies are multinationals, which makes it especially difficult to regulate them.

"Where are they based? They may have major operations in the States or in Western Europe or in Southeast Asia and yet at the same time, it's hard to pin down exactly who they are and where they are. That really is going to be the problem, not just for the three senators right now but for anybody who's trying to regulate the net."

US Needs to Probe Facebook, Google Abuse of Mega-Data for Profit - Analyst