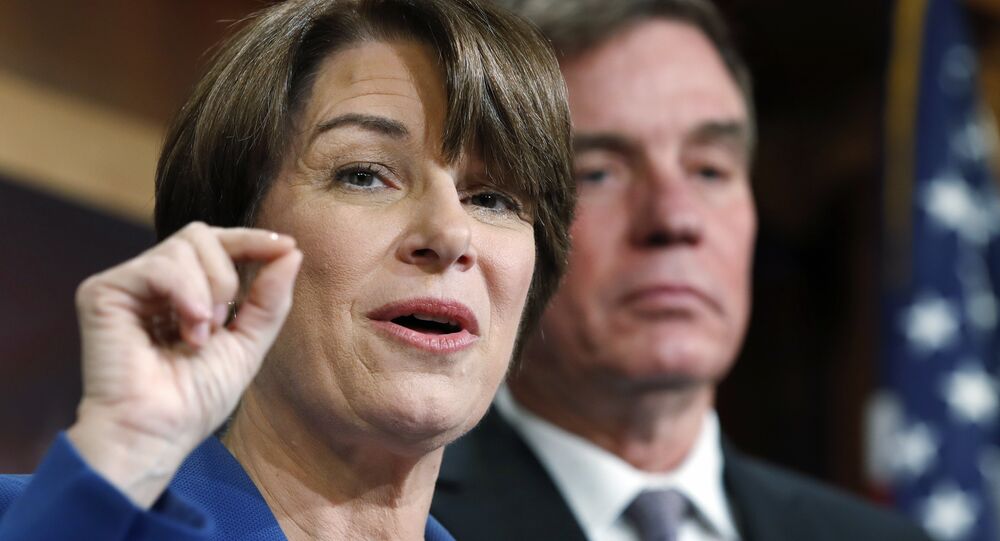 A new campaign finance bill has been introduced in the US Senate, which proposes tightening regulations pertaining to online advertising by forcing websites such as Facebook and Google to disclose who is purchasing their advertising space.

Three US senators have proposed the "Honest Ads Act," which proposes to tighten regulation of online advertising by forcing search engines and social media to disclose who purchases ads on their websites.

The bill seeks to update the 2002 Bipartisan Campaign Reform Act, also known as the McCain-Feingold Act, which regulates spending on political advertising in broadcast, cable, and satellite communications, but neglects to mention the internet.

The proposed legislation "would require digital platforms with 1,000,000 or more users to maintain a public file of all electioneering communications purchased by a person or group who spends more than $10,000 aggregate dollars for online political advertisements," Democrat Senators Amy Klobuchar and Mark Warner, who proposed the bill, wrote in a letter to fellow senators last month. They had proposed the bill along with Republican Senator John McCain.

© AP Photo / Evan Vucci
John McCain, one of three US senators to propose the "Honest Ads Act"
"Additionally, this legislation would require digital platforms, in addition to broadcast, cable and satellite providers, to make reasonable efforts to ensure that electioneering communications are not purchased by a foreign national, directly or indirectly," the letter said, according to CNN.
© REUTERS / Joshua Roberts
Russian Embassy on Election Meddling Claims: 'US Politicians Do Not Know When to Stop'
At a press conference on Thursday, Klobuchar said that the motion was a response to an alleged "attack on our election" by Russia, using online methods, an allegation denied by the Kremlin.

Last month, Kremlin spokesman Dmitry Peskov said that "we have nothing to do with" alleged Russian bots, who are accused of buying some $100,000 of "divisive" advertising on Facebook over a 23-month period that included the US election.

Google and Twitter are also investigating the allegations and all three tech companies are set to appear at the Senate Intelligence Committee hearing on November 1.

According to US research firm Borrell & Associates, a record $9.8 billion was spent on US election advertising in 2016, up 4.6% from the last presidential election in 2012.