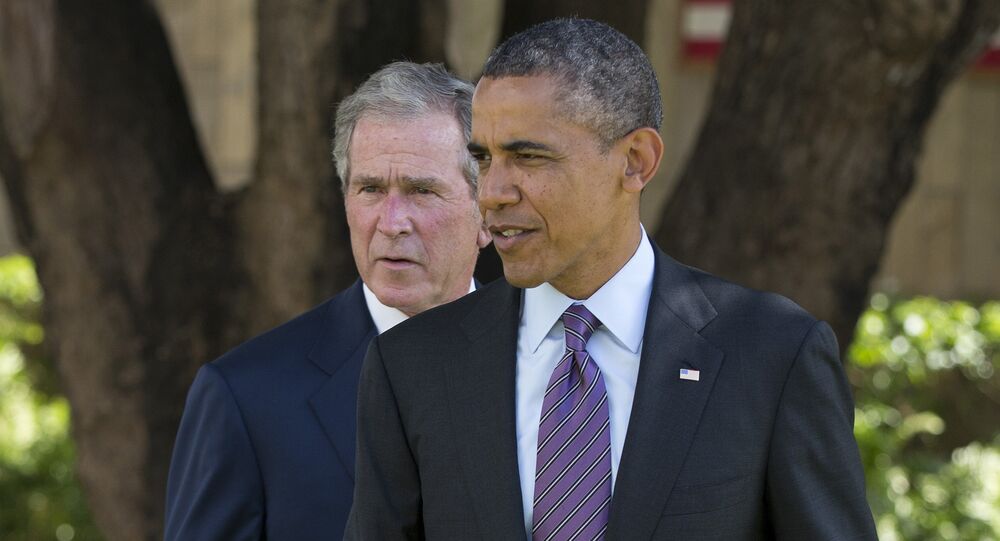 He warned against having "the same old politics of division that we have seen so many times before, that dates back centuries."

"Some of the politics we see now, we thought we put that to bed. That's folks looking 50 years back. It's the 21st century, not the 19th century. Come on!" Obama said.

He was echoed by George W. Bush, who earlier on Thursday said that US politics "seems more vulnerable to conspiracy theories and outright fabrication."

"At times it can seem like the forces pulling us apart are stronger than the forces binding us together… Discontent deepened and sharpened partisan conflicts," Bush pointed out.

Neither Obama nor Bush mentioned incumbent US President Donald Trump by name.