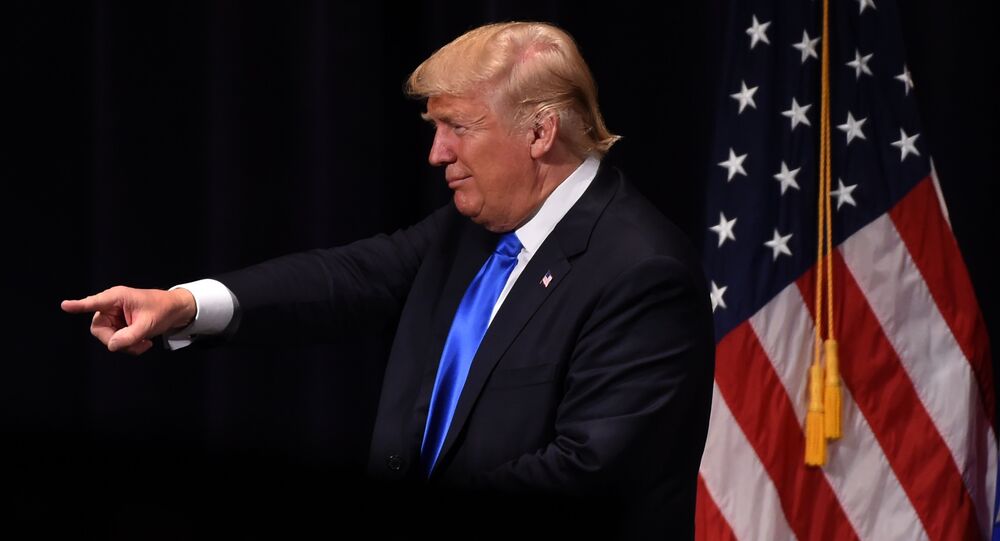 A Philadelphia man who is suing a New York bar after bartenders allegedly refused to serve him over his Make America Great Again hat now claims the eviction was religious discrimination because believing in the Trump campaign slogan amounts to a religion.

Greg Piatek, 31, filed a lawsuit against West Village burger and cocktail bar The Happiest Hour in March this year, claiming he was denied service there and asked to leave because he wouldn't remove his Donald Trump campaign cap, with a bartender even calling him "a terrible human being".

© CC0
‘Fake News' Gains Ground: Half of US Voters Believe Media Lies About Trump
The Republican has now amended his original complaint saying that his devotion to the MAGA slogan should be protected as a religious belief. According to Piatek, before stopping by the bar he had visited the National 9/11 Memorial and Museum with two pals and thus wore the hat as a "spiritual tribute" to the victims of the September 11 terror attack rather than to make a political statement.

Piatek's attorney Paul Liggieri says his client was just "adhering to his closely held spiritual beliefs by adorning the hat in question" and should be regarded as a "protected class."

"At the time [Piatek] wore his hat, the election of President Trump was over and therefore [he] had no reason to wear the hat for any political purpose," Liggieri claimed in a set of court papers filed last week. "Rather, [he] wore his hat to pay tribute to the fallen heroes and victims of Sept. 11, 2011."

The Happiest Hour denied the accusations saying that despite Piatek's claims, they had receipts saying that on the night of the incident he paid his tab and left an approximately 20 percent tip, indicating he wasn't upset with service.

"The plaintiff's arguments are entirely fanciful," Happiest Hour attorney Preston Ricardo told the Daily News. "There is zero case law to support them. This latest filing shows once again that this action is a publicity stunt in the guise of lawsuit."