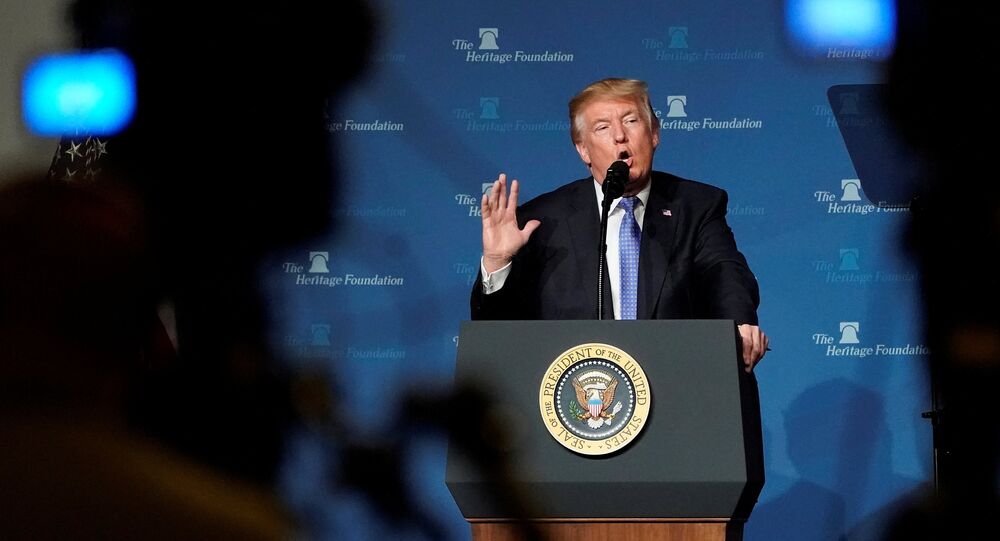 The US President has again quipped at his country's "fake news" reporters.

In his Tuesday's tweet, Trump pointed the finger at the news teams of the three original US television networks, as well as its oldest 24-hour cable news channel.

He did not elaborate on any specific report by these media outlets.

The remarks came a week after Trump blamed NBC News for allegations about his ordering an increase in the US' nuclear arsenal.

So much Fake News being put in dying magazines and newspapers. Only place worse may be @NBCNews, @CBSNews, @ABC and @CNN. Fiction writers!

May 2017 saw Trump tweeting about the catchphrase "sources say" used by the "fake news" media.

Whenever you see the words 'sources say' in the fake news media, and they don't mention names….

In late February 2017, Trump claimed that the "fake news" media pose a threat to the United States.

The US television networks NBC, CBS and ABC were all founded in the 1940's, reach almost all US households and have hundreds of affiliates. CNN was founded by Ted Turner in 1980.