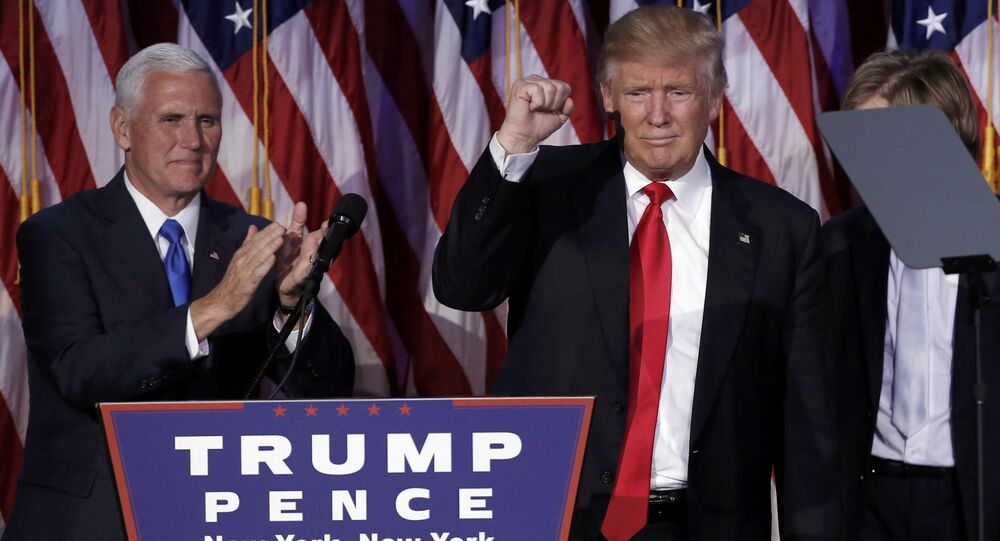 The New Yorker has reported that US President Donald Trump once joked that his deeply Christian Vice President Mike Pence “wants to hang” all gay people.

A 13,000+ word New Yorker article exploring the beliefs, personality, and governing habits of Pence was published online on Monday. The article, entitled "The Danger of President Pence," also touches on the oft-understated relationship between Pence and the President.

The article claims that a Trump staff member told the New Yorker that Trump liked to "let Pence know who's boss" by mocking Pence's faith and needling him on social issues like abortion and LGBT rights. "When the conversation [about Roe v. Wade] turned to gay rights, Trump motioned toward Pence and joked, 'Don't ask that guy-he wants to hang them all!'" the article read.

In the same meeting, Trump told Pence's crusade to dismantle Roe v. Wade, which protected a woman's right to have an abortion as part of her right to privacy, was a "waste of time." A legal scholar told them that even if the landmark 1973 decision was struck down, most states would just pass their own laws enshrining abortion rights on their own.

"You see?" Trump allegedly told Pence. "You've wasted all this time and energy on it, and it's not going to end abortion anyway." Shortly after Pence became the Vice Presidential nominee in 2016, he vowed to "see Roe vs. Wade consigned to the ash heap of history where it belongs."

Since the ascension of Trump to the presidency in January, Pence has become the face of the Christian Right in the administration. He is the host of a Bible study group for cabinet officers such as Attorney General Jeff Sessions, Education Secretary Betsy DeVos, and CIA Director Mike Pompeo. Pence has described himself on numerous occasions as "a Christian, a conservative and a Republican, in that order."

Pence has often received flak from the left for his stances on gay rights and his association with evangelical Christian groups who believe homosexuality is a sin. During his 2000 bid for the US House of Representatives, Pence's platform included a vow to oppose "any effort to recognize homosexuals as a discrete and insular minority entitled to the protection of anti-discrimination laws." The Trump-Pence administration has made significant moves in that direction since January 2017, now that they control the national executive, depriving transgender people of protection from both Title IX and Title VII protections of the Civil Rights Act of 1964, among other measures.

But no incident received more scrutiny than when Governor Pence signed the Indiana's 2015 Religious Freedom Restoration Act, which was how most non-Hoosier Americans knew Pence prior to his nomination for Vice President. The bill was meant to prevent the government from "substantially burdening a person's exercise of religion" with companies and corporations counting as the "persons" in question.

This bill erupted into controversy when some Indiana businesses refused service to same-gender couples on the grounds that serving them was a violation of their Christian faith. Private, corporate, and public boycotts erupted to economically squeeze Pence into changing the legislation.

Pence ended the boycott by signing a more moderate version of the bill, but he lost significant support in the state in the process. His approval rating dropped from 62 percent in late 2014 to about 49 percent when he announced his candidacy as Vice President in July 2016.