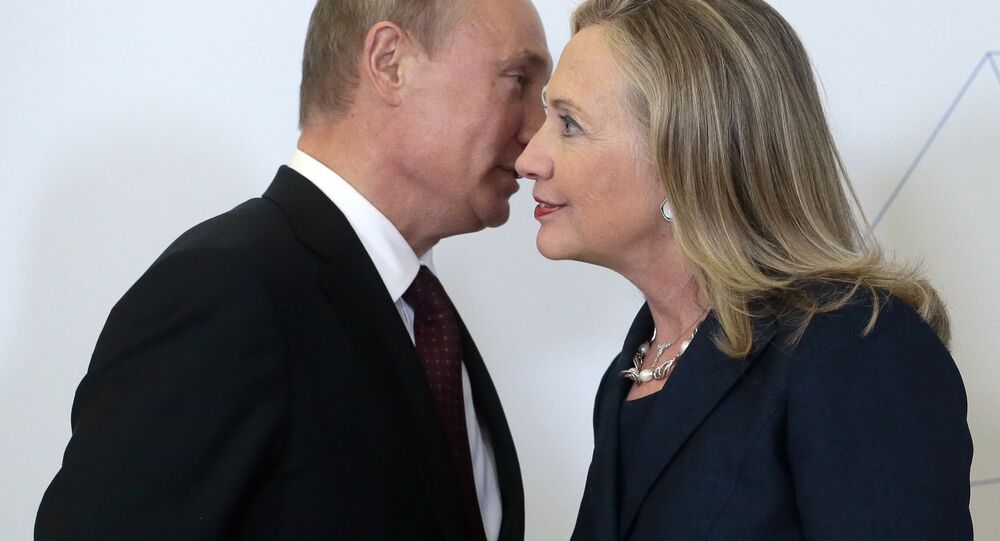 Former US Presidential candidate Hillary Clinton has referred to the alleged interference of Russian actors into the 2016 election that she lost to Donald Trump as a “cyber 9/11.”

In an interview with BuzzFeed News (whose most significant contribution to Russia Gate was publishing a dossier filled with scandalous and uncorroborated claims of Trump watching Russian sex workers pee on beds,) Hillary compared the alleged hacking to a savage terrorist attack that killed thousands of civilians.

"We had really well-respected security, intelligence veterans saying this was a cyber 9/11, in the sense it was a direct attack on our institutions," said Clinton. "That may sound dramatic, but we know that they probed and tried to intrude into election systems — not just the social media propaganda part of their campaign."

She didn't explain how this interference, if it's even real, was somehow comparable to the fiery and tragic deaths of thousands of innocent people.

The "election systems" comment is a seeming reference to the FBI warning 21 states that "bad actors" may be targeting their election systems prior to the election. Several states performed independent investigations and found no evidence of tampering with their voting systems. Four states reported that someone stole the information of some of their voters — but did not change or manipulate any data.

In other words, while there are unanswered questions about the election systems, there is no proof besides the FBI's claim that Russian hackers tried to rig the US election in Trump's favor by meddling with election systems.

Clinton added that the Russians are "not done," and the "ongoing threat" of Russian interference is something she would have gotten "to the bottom of" if she had been elected president.

"[Russian President Vladimir Putin] believes that [undermining NATO and the EU] will then give Russia a real chance to be dominant, certainly in Europe and certainly along its borders," she added. "And that the United States, which he views as his primary adversary, will be weakened."

Clinton went on to say that Putin sought to weaken the US by dividing the American people from within. "He got some of what he was looking for. He hasn't gotten everything. But keep an eye on him, because he's not done."

Hillary is one to talk about dividing the American people. Since her loss in 2016, she has blamed her loss on sexist men and self-hating women, on more popular Democrats like Barack Obama and Bernie Sanders, on former FBI Director James Comey, on the people who didn't vote for her being stupid or emotional or bigoted or paranoid, on the Republican Party's voter suppression and the Democratic Party's incompetence, on the mainstream media (which gave Clinton favorable coverage) and on campaign finance laws (when Clinton raised around twice as much money as Trump and still managed to lose.) And that's only a partial list.