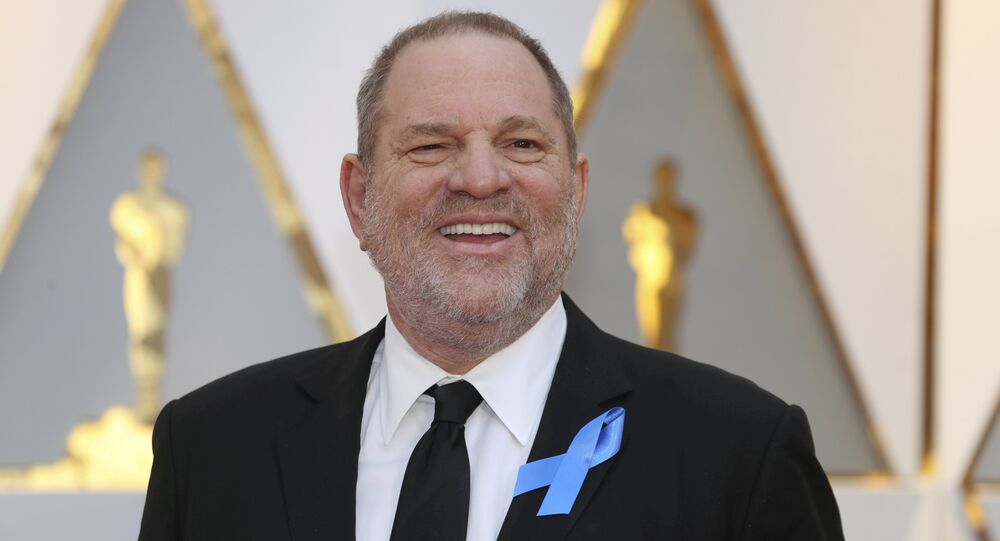 The sexual misconduct allegations against Harvey Weinstein, co-founder of the Weinstein Company, may lead to graver consequences for his business, as the company is holding talks to possibly sell a bulk of its assets.

The company has announced that it was holding talks with the Colony Capital private equity firm to get a quick infusion of capital or possibly sell a big stake in the company.

Weinstein Co. was behind the production of films such as "Django Unchained," ''The Hateful Eight" and "Lion."

The announcement comes only days after its co-founder Harvey Weinstein was accused of sexual harassment of female movie stars. In a massive scandal that erupted a few days ago a number of Hollywood icons such as Angelina Jolie, Gwyneth Paltrow and others came forward speaking about Weinstein's allegedly inappropriate conduct.

© AP Photo / Richard Shotwell/Invision
Hollywood Supports Weinstein's Academy Exclusion Over Sexual Assault Claims
Harvey was fired from the company, but the troubles are far from over.

Colony Capital, which has about $20 billion in assets under management, will provide an immediate capital infusion into Weinstein Co. and may acquire all or a large portion of its assets, the companies said in a statement.

Weinstein Co.'s partners have also cut ties in recent days. Goldman Sachs said on Friday that it is looking for options for the stake it holds in the company; it has a stake of about $1 million.

Amazon Studios cut ties with the Weinstein company last week. Furthermore, Showtime has threatened to pull out of an Oliver Stone drama in development, "Guantanamo," because Weinstein Co. is a producer.

The Academy of Motion Picture Arts and Sciences has retracted Harvey Weinstein's membership, as has the British Academy of Film and Television Arts.