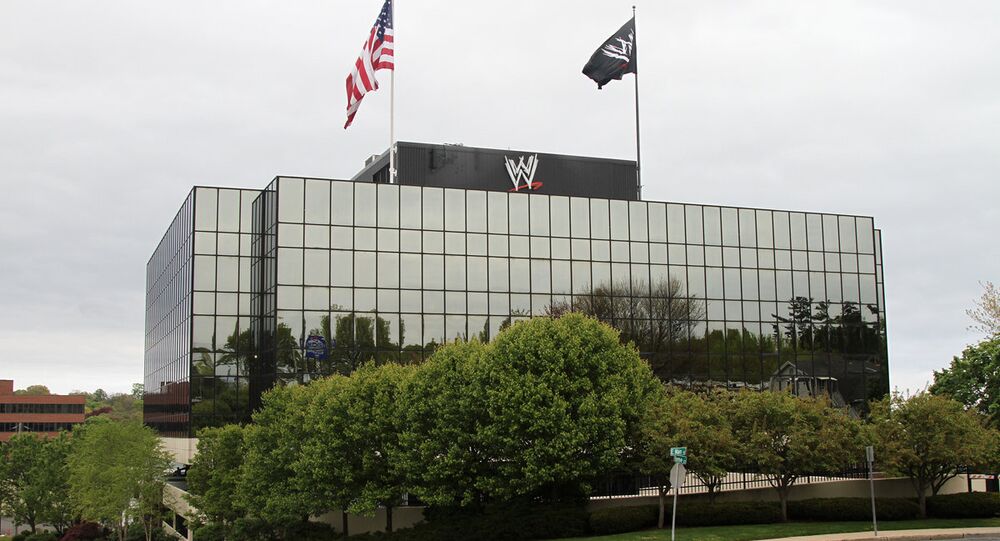 Kavita Devi hails from the north Indian state of Haryana known for its conservative society. Her talent was first highlighted when she won gold at the 2016 South Asian Games.

New Delhi (Sputnik): Women in professional wrestling may not be popular in India, but with the entry of an Indian female weightlifter-turned-wrestler in the World Wrestling Entertainment (WWE) league, Indian sports authorities feel that things will soon change for the better.

After two Indian male wrestlers, "The Great Khali" and Jinder Mahal, Kavita Devi, who is known by her ring name "Hard KD," is now joining the WWE. She will be the first female wrestler from India to enter into a pact with the company. She has been awarded a developmental contract by the WWE.

​Kavita was part of the WWE's Mae Young classic tournament and was recently a social media sensation when a video of her wrestling at New Zealand was uploaded by her coach and another Indian wrestler, "The Great Khali," a former WWE Heavyweight Champion, went viral on social media.

"Kavita's news has come as a great hope. Her promotion and association with the WWE will surely inspire young girls and sports enthusiasts in India. Indian girls will now have another sports icon to follow," R K Hooda, vice president of the Wrestling Federation of India, told Sputnik.

"Although professional wrestling does not come under the ambit of our federation, we would certainly like to extend all our wishes and support," he added.

Born in the north Indian state of Haryana, Kavita Devi achieved fame as an ace power-lifter after winning gold for the country at the 2016 South Asian Games. Kavita is scheduled to begin her training at the WWE Performance Center in Orlando, Florida, beginning January 2018.

© AP Photo / Gurinder Osan
India Appoints One of its Most Astute Diplomats as Ambassador to China
Talking to Indian media before leaving for the Mae Young Classic Tournament, Kavita said in June that she "dreams to become the first WWE Women's Champion from India."

Meanwhile, the WWE is welcoming female wrestlers from other conservative societies as well. Shadia Bseiso from Jordan has become the first Arab woman from the Middle East to sign a WWE developmental contract.

"Recruiting Kavita and Shadia to join our developmental system underscores WWE's ongoing commitment to building a talent roster as diverse as our fan base," Paul Levesque, the WWE's executive vice president of talent, said in a press statement.

Kavita's mentor, "The Great Khali," has trained her at his Wrestling Promotion and Training Academy in Punjab. She participated in the WWE Dubai tryout in April this year and her skills were greatly appreciated by experts.

She is currently employed as a constable in the Sashastra Seema Bal, an Indian paramilitary force.