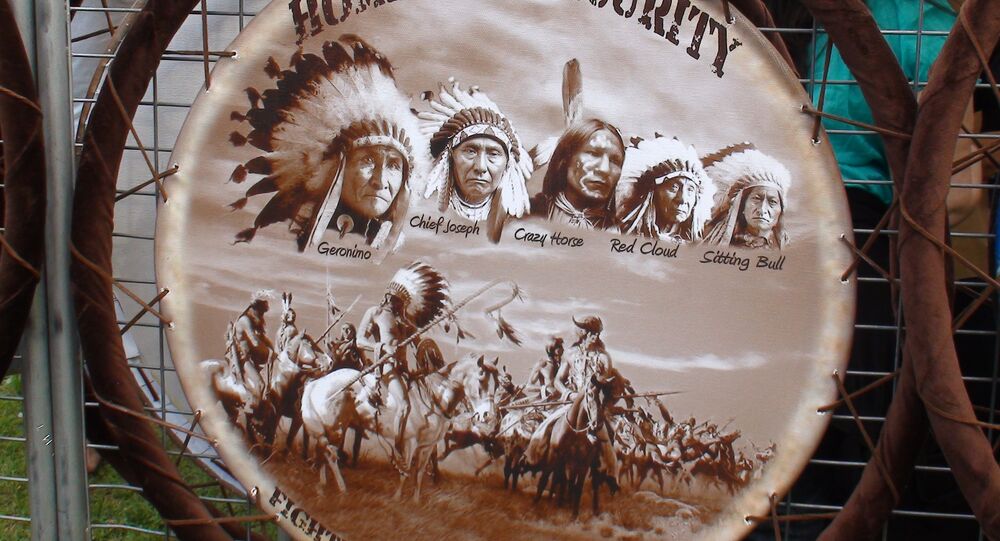 The indigenous Americans will address the issues facing the tribal communities of the United States at the 74th Annual Convention and Marketplace in Milwaukee scheduled for October 15-20.

"This year’s theme ‘We are Strong Nations’ will explore the commitment of tribal nations to their members and citizens by providing impactful critical services such as economic development, justice, and education," the NCAI said.

© AFP 2021 / NICHOLAS KAMM
Trump: US Federal Restrictions on Energy Wealth Deeply Unfair to Native Americans
Tribal leaders and other NCAI members will be able to discuss their ideas and concerns during the plenary sessions, roundtables. Besides, the convention will feature various cultural events, receptions, as well as NCAI’s Tradeshow and Marketplace.

#NCAIAnnual17 would not be possible without the wonderful support from a community like this! #BagStuffing pic.twitter.com/8zULFHqkES

​The event’s speakers will include leading experts in tribal governance, legislation, health, jurisdiction, education, energy, tax, as well as representatives from the US administration and Congress, industry leaders as well as international partners.

The conference will kick off on Sunday with the discussions on administrative and legislative initiatives impacting Tribal temporatu assistance for needy families nationally, violence against Native women, revitalizing native languages as well as substance abuse.

​The issues planned to be discussed on Monday include Native American voting rights, promoting the Native American food and infrastructure, international trade as well as discussions on protection of indigenous traditional knowledge and cultural expression, among other issues.

© AP Photo / James MacPherson
#NoDAPL: How US History Mis-Remembers Native Americans’ Struggle for Their Land
The second day of the conference will feature representatives of the US Census Bureau, Federal Communications Commission and US Congressmen.

During the rest of the convention, the conference participants will discuss issues concerning tax reform, tribal capacity for responding and managing emergencies and disasters, education matters and healthcare, among others.

The US federal government recognizes 567 Indian nations in 33 states, including 229 in Alaska. Native American tribes are further recognized by their respective state governments, according to the NCAI.