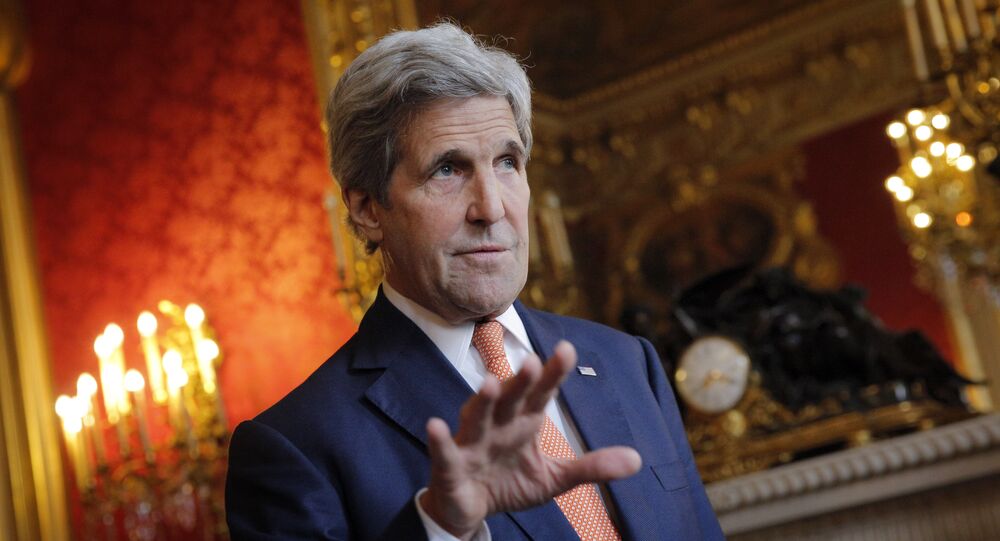 US Ex-State Secretary: Trump Is 'Creating an International Crisis'

Ex-Secretary of State John Kerry, who had helped to negotiate the historic pact on Iran, sees global peril in Donald Trump's decision to recertify the nuclear deal.

MOSCOW (Sputnik) — The US former Secretary of State John Kerry slammed President Donald Trump on Friday for behaving irresponsibly and warned that reneging on the nuclear deal with Iran risked a global crisis.

"President Trump’s decision today is dangerous. He’s creating an international crisis," Kerry said in a statement, urging the other signatory nations to "prove to the world what responsible behavior is."

It's all hands on deck standing up to President Trumps's dangerous decision on Iran. Here's my statement. pic.twitter.com/VsTBwrqBZQ

​In an anticipated decision, Trump announced Friday he would not certify that Iran had lived up to its end of the 2015 agreement, which saw it scale down nuclear projects in exchange for easing sanctions.

"Congress now gets an opportunity to be the adult in the room and act in America’s genuine national security interest. The country and the world really are watching," he stressed.

The Republican-dominated parliament has 60 days to decide whether to reinstate sanctions on Iran, potentially undermining the agreement. President Trump has threatened to terminate the pact if Congress and allies are unable to amend it.