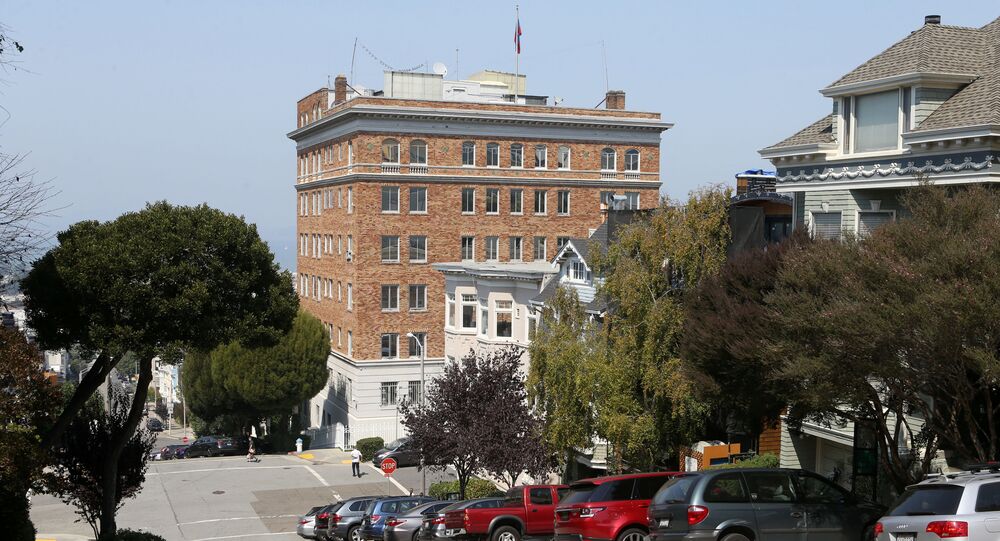 Kremlin: Removal of Russian Flag in US Aimed at Derailing Relations

The US authorities' removal of Russian flags from a previously seized diplomatic property in the United States is an unfriendly step aimed at derailing ties between the two countries, Kremlin spokesman Dmitry Peskov said Thursday.

MOSCOW (Sputnik) — Commenting on the issue, Peskov said that Russian President Vladimir Putin "will do what is in the interests of the Russian Federation."

The statement comes after the Russian Foreign Ministry and the Russian embassy in the US condemned Washington for the removal of the flags.

Russian Foreign Ministry spokeswoman Maria Zakharova added that Moscow "will make up its mind regarding actions in response to the steps made by the US."

© AFP 2021 / Josh Edelson
Moscow Strongly Opposes Russian Flag Removal From Diplomatic Properties in US
Russian flags were removed from the buildings of the Consulate General in San Francisco and the Trade Representation in Washington, DC on Wednesday after the facilities were seized from Russia.

Commenting on the situation, a US Department of State official told Sputnik that Russian flags were "respectfully" lowered by US officials at former Russian properties in Washington, DC and San Francisco when the buildings were closed.