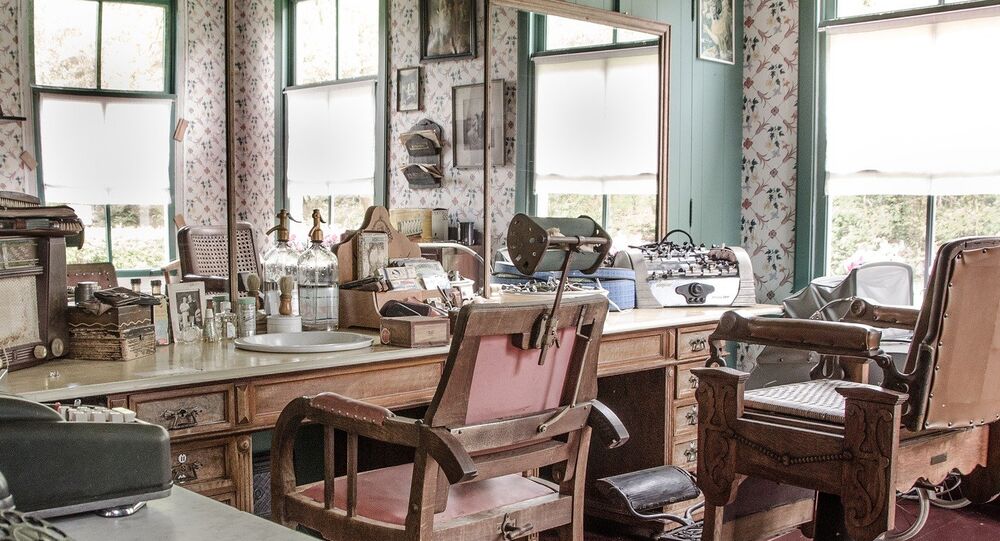 Are You Done Yet? Impatient US Mom Gets Jail Time for Pulling Gun on Barber

It was like a scene from an old cowboy Western film when a customer draws a gun on a barber because he was taking too long.

An American mother has been jailed after drawing a gun in busy barber shop in Ohio City after becoming impatient. Andrea Smith has been sentenced to six months in prison despite claiming the barber had drawn his gun on her first.

Judge Brendan Sheehan halted the hearing at Cuyahoga county court on Tuesday, October 10, to watch a video taken inside the All State Barber College of the alleged gun stand-off before sending the 31-year-old woman to jail.

After studying the surveillance footage from the scene, however, he said:

"There's no evidence that the barber pulled a gun. It is all on video tape."

The mom-of-four had earlier pleaded guilty to a fifth degree felony charge of carrying a concealed weapon as well as misdemeanor charges of aggravated menacing and child endangering.

The incident happened on April 14 after the woman searched the city for a barber shop to get her seven-year-old son's hair cut before the Easter holiday break.

She eventually found a barber willing to give him a US$6 haircut at the college school. The trim went on longer than she expected, however, she became impatient and complained loudly several times about how slow the service was.

When the manager walked over to investigate Smith took the weapon out of her purse before saying: "I got two clips. I'll pop you."

Eventually another barber arrived and went over to appease the situation before the handgun was put away and the haircut finished.

Smith insisted she pulled out the gun after the barber had 'insulted her parenting' — and not because it was taking too long.

"He came up to me four times about my son moving in the chair. That's what it was. I'm not that type of person. I did not just go up to him and point a gun at him and say 'you're taking too long,' " she told the court.

© Photo : Pixabay
Here We Go Again: How US Gun Murder Rates Top the World
The mother apologized for pulling the weapon, but argued it was only because she feared for her child's safety.

"This was an incredibly dumb thing for the defendant to do. She wasn't forthright up front, and what's worse is she made these accusations against the victim," said Michael Lisk, assistant prosecutor.

Defense attorney Catherine Meehan said Smith has since lost her house, job and custody of her four children. Asking the judge to consider probation, Meehan said her client had no significant criminal history and a probation department investigation found her at a low risk to re-offend.

Here We Go Again: How US Gun Murder Rates Top the World