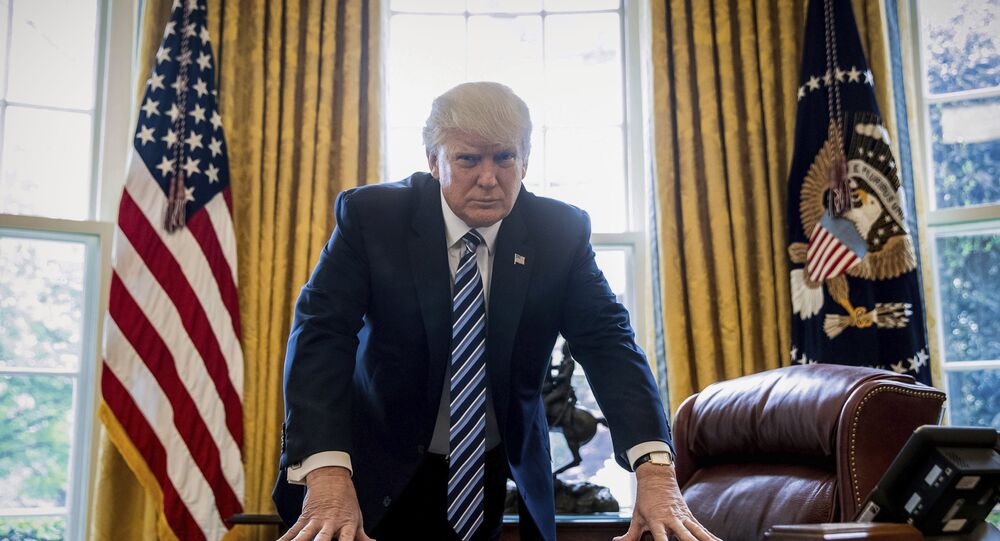 Republican Senator Bob Corker told The New York Times that US President Donald Trump’s impulsive policy risks setting the country "on the path to World War III." The remark came after Trump took to Twitter to attack the senator in a series of posts.

"He concerns me. He would have to concern anyone who cares about our nation," Corker, who chairs the Senate Foreign Relations Committee, said in an interview with the newspaper.

The lawmaker said that Trump regularly "tweets out things that are not true" and does not realize "the impact" his comments could have on the situation in the world.

Corker also dismissed the idea that Trump may be using provocative statements about North Korea to influence negotiations with Pyongyang conducted by State Secretary Rex Tillerson.

"I know he has hurt, in several instances. He’s hurt us as it relates to negotiations that were underway by tweeting things out. A lot of people think that there is some kind of 'good cop, bad cop' act underway, but that’s just not true," he told the newspaper.

Twitter/realDonaldTrump
US Ex-Ambassador to Russia Calls Trump's Tweets on North Korea 'Reckless'
The war of words between the two started on Sunday, in a series of Twitter posts, Trump accused Corker of being "a negative voice in the way of our great agenda," as well as allegedly "begging" Trump to endorse him for re-election and not having "the guts."

The lawmaker responded by saying that "It's a shame the White House has become an adult day care center."

Trump's criticism of the senator from his own party comes after Bob Corker repeatedly criticized the US president's policies, in particular, in regard to the Iran nuclear deal, the North Korean crisis and his response to the violence at a white nationalist rally in Charlottesville, Virginia.

Trump Yet to Demonstrate 'Stability, Competence' US Needs - Senator Corker