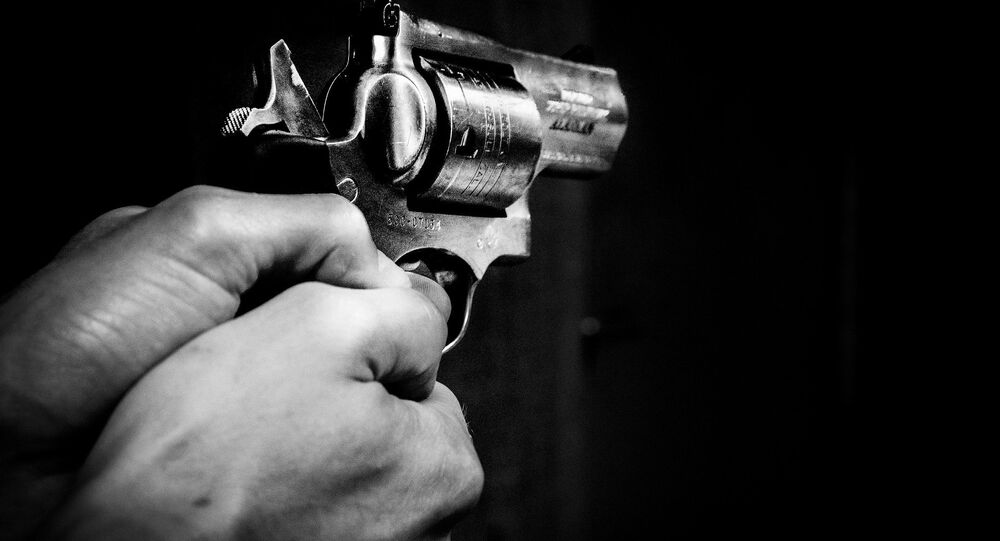 "The only hope for gun law reform in the USA is if the public demand for improvement is able to cancel out the money being offered by the gun lobby," Peters, the former Director of International Action Network on Small Arms (IANSA), said.

© AP Photo / Ed Andrieski
NRA Calls for Additional Gun Control Following Las Vegas Massacre
Peters noted that although President Donald Trump had been elected in 2016 with the support of the National Rifle Association, he had previously supported increased gun control.

"Donald Trump used to support gun control, before he decided to run for president. But the National Rifle Association spent $33 million supporting his campaign," she said. "Donald Trump has been known to change his policy positions due to popular pressure."

Peters said the Las Vegas massacre was only possible because the shooter, had been able to quietly and legally amass an enormous arsenal of automatic weapons or guns easily convertible to such use without triggering any alerts.

"The US is not at war, and yet we’ve seen another massacre of its citizens because of the easy availability of weapons designed to kill large numbers of people on the battlefield," he said.

Such horrific massacres at social, religious and business centers where people gathered had become a terrible familiar event in US life, Peters pointed out.

"Nearly every other industrialized country has implemented a basic, rational level of firearms regulation, and the results are clearly evident in the death statistics. The American people are paying a lethal price for the cowardice shown by their politicians pandering to the gun lobby," she said.

It was time for US politicians to heed the losses caused by the unprecedented mass casualty list from the Las Vegas massacre and finally crack down on the private sale and use of automatic weapons, Peters maintained.

"This is the worst mass shooting in modern US history. That fact should drive politicians to stand up to the gun lobby and pass common sense policies like a ban on assault weapons and background checks on every gun sale," she said.

© Flickr / mr.smashy
US Senate Advances Bipartisan Gun Control Amendment
Meanwhile, the gun control controversy has revived after a single gunman believed to Stephen Paddock killed 59 people and injured another 527 firing down on a country and western music concert from a high rise hotel in Las Vegas in the US state of Nevada late on Sunday night.

Rebecca Peters is an Australian political advocate for gun control who served as IANSA Director from 2002 to 2010. As of April 2012, Peters was listed on the IANSA board of directors. In 2017 Peters was appointed an Officer of the Order of Australia for distinguished service to the community as an advocate and campaigner for gun control, and as a global leader in the reduction of the proliferation and misuse of small arms.