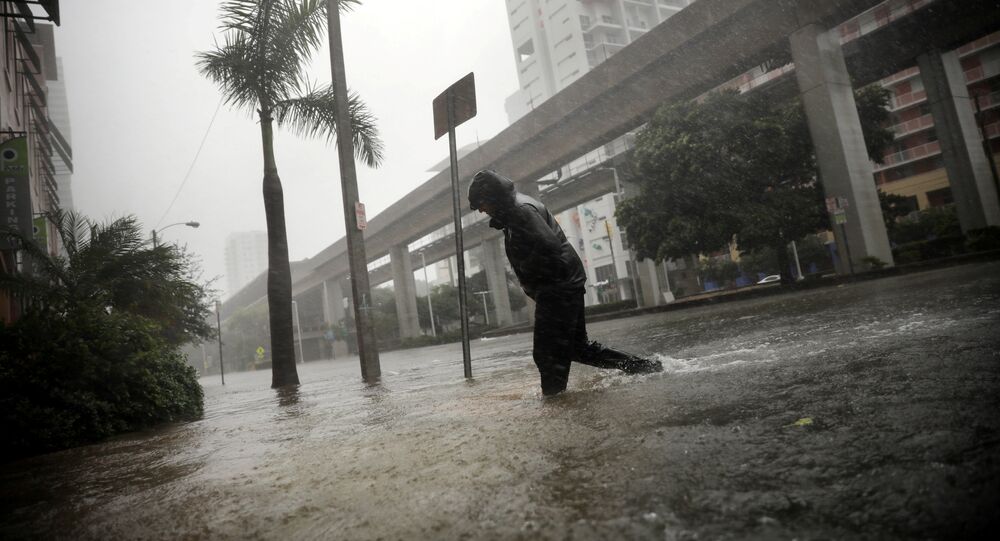 Four southern US federal states have declared a state of emergency as Hurricane Nate continues to strengthen as it moves towards the Gulf Coast.

Nate, a tropical storm that is likely to be leveled up to a Category 2 hurricane, has already killed about 25 people as it cut through Nicaragua, Costa Rica and Honduras.

US National Hurrican Center said that the hurricane will approach the mouth of the Mississippi during the next several hours and make landfall along the central US.

The life-threatening storm is expected to hit the US Gulf coast early Sunday morning and can potentially inflict a lot of damage to the local infrastructure.

According to NHC, the hurricane will head to the north tonight, followed by a turn toward the northeast on Sunday.

Hurricane Nate has been recorded a few weeks after another heavy Category 5 storm, Hurricane Maria, made landfall on the Caribbean island of Dominica.

12:40 pm. #Hurricane #NATE’s center is on radar—and so am I. We’re racing each other to the #Mississippi coast. I’ll win, of course. pic.twitter.com/plCkzHHreF

https://t.co/4v3Uz9okkA
Hurricane Nate is strengthening as it heads toward landfall on the northern Gulf Coast#climate #hurricane #nate pic.twitter.com/Kf8GgSTtIF

The disastrous chain started with Hurricane Harvey that became the first major hurricane to make landfall in the United States since 2005, thus ending a record 12-year break when no hurricanes of such intensity made landfall in the country.