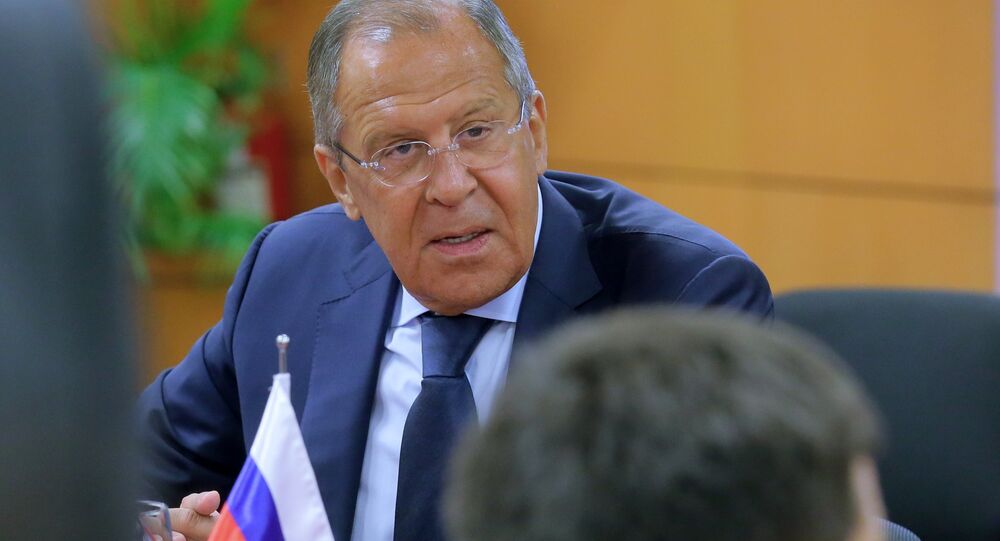 Russian Foreign Minister Sergey Lavrov has said reports of US President Donald Trump's alleged intention to withdraw from the nuclear deal with Iran are rumors and a "guess."

ASTANA (Sputnik) — Earlier on Thursday, the Washington Post newspaper reported that US President Donald Trump intended to "de-certify" the nuclear deal with Iran next week. According to the newspaper, Trump is expected to deliver a speech on October 12, when he will open the door to modifying the agreement as part of a tougher approach toward Iran. Under the terms of the current nuclear agreement, Trump has time until October 15 to certify Iran's compliance.

"I do not like to comment on rumors, and the opinion of the media is a very respected opinion for me, but nevertheless, this is a guess yet," Lavrov said commenting on US media reports.

He also expressed hope that the final decision of US President Donald Trump on the nuclear deal with Iran will be balanced.

"We hope.. that the final decision that will be made by the US president will be balanced, proceed from today's realities — and they are such that this program is in great demand," Lavrov told reporters in Astana.

He said Moscow heard signals from the White House on the issue of the nuclear agreement with Iran, in connection with which Russia emphasized the importance of maintaining the reached agreements.

The Joint Comprehensive Plan of Action, also known as the Iran nuclear deal, is an international agreement providing for the gradual lifting of economic and diplomatic sanctions imposed on Iran by Western countries in exchange for closing Tehran's nuclear program. The agreement was concluded between Iran and the P5+1 countries (China, France, Russia, the United Kingdom, United States plus Germany) in 2015 after years of diplomatic work and came into force in January 2016.

Earlier, Trump said in his speech to the UN General Assembly that the deal was "an embarrassment" to the United States.