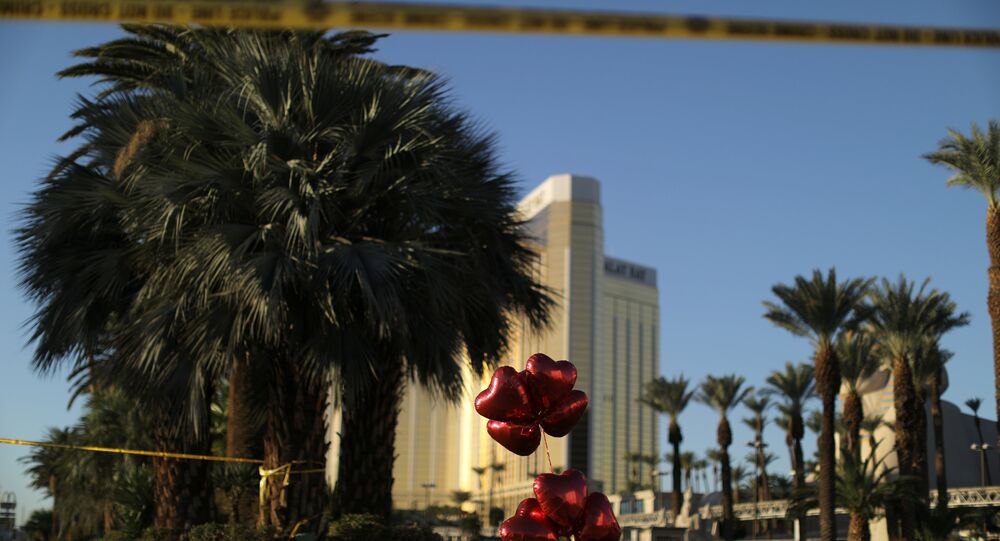 Jonathan Smith, the 30-year-old hero who saved 30 people during Sunday's mass shooting at a concert in Las Vegas, was reunited live on television with the off-duty police officer who saved his own life after Smith caught two bullets to his neck and arm.

In an interview with CNN, Smith, a copy machine repair man who had been visiting Las Vegas to celebrate his brother's birthday, played down his own heroism.

"Everyone's being using that word – 'hero.' I've been saying it since the whole time I got home – I'm not a hero, I'm far from a hero. I think I just did what anybody would do," he insisted.

During Sunday's attack, Smith rushed to help dozens of panic-stricken concert-goers escape the concert area to safe zones as suspected gunman Stephen Paddock fired indiscriminately into the crowd from the 32nd story window of the Mandalay Bay hotel on the Vegas Strip.

This is Jonathan Smith. He saved 30 people last night before he was shot in the neck. I hope he'll get well soon! #VegasStrong pic.twitter.com/rc6kwhoHcr

Doctors haven't yet removed the bullet from Smith's neck, fearing that it may cause further damage if they do. This has left him in "constant pain," he said.

After being shot himself, Smith was taken to safety by Tom McGrath, an off-duty police officer who even resorted to putting his fingers into the wound to help stop the bleeding. "I owe that man my life because from the moment I got hit, he was the first one to actually help me stop the bleeding," Smith said, adding that he sees McGrath as his "brother."

"He never left my side at all," Smith added, recalling that during the chaos he told the officer repeatedly that he did not want to die, and that McGrath kept assuring him "You're not going to die."

As McGrath joined the televised interview by telephone to thank Smith for his "tremendous bravery," the young man teared up and shook his head.

"He's someone who inspires me. I know he might not want to give himself all the credit, but he definitely did a wonderful job, and I was just happy to be there to help him toward the end, and get him out of there when he was hit," McGrath said, adding that what Smith did was "extraordinary."

A GoFundMe page has been started for Smith to help pay his medical expenses. While the fundraising campaign only sought a modest $7,000, by Thursday afternoon it has reached $68,500, with over 2,400 individual donations.

The Las Vegas Strip shooting is the deadliest mass shooting in US history, killing 58 people (not counting the gunman) and injuring at least 489 others. The shooter took his own life as police closed in on his hotel room.