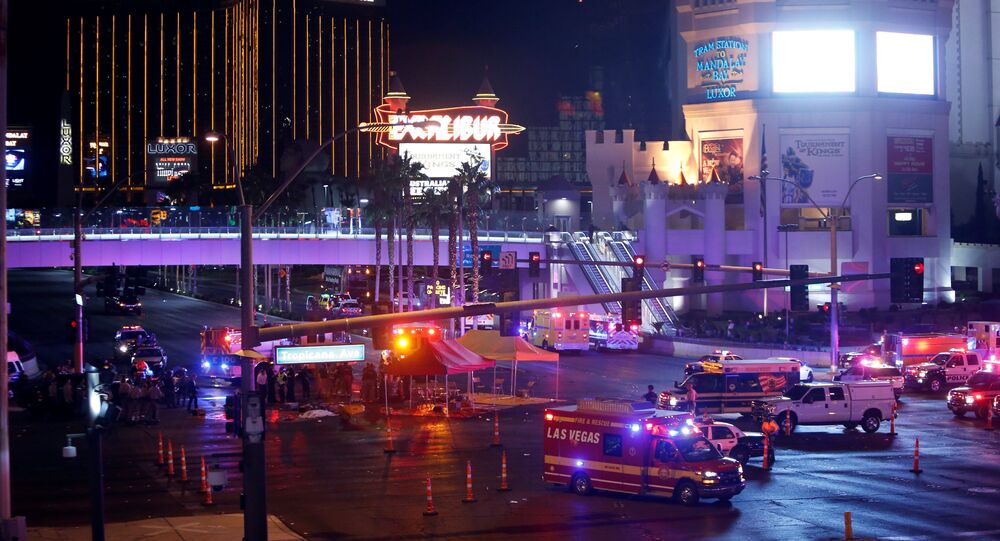 The gunman responsible for the deadliest shooting in US history that happened in Las Vegas on Sunday night also researched locations in Boston and Chicago, US media reported citing senior law enforcement officials on Thursday.

WASHINGTON (Sputnik) — Chicago police are looking at whether 64-year-old Stephen Paddock booked a hotel room overlooking the Lollapalooza music festival which was held in early August, NBC News reported. No evidence has been found yet that the shooter booked accommodation or traveled to Boston.

Paddock has opened fire on a country music festival from his room on the 32nd floor of the Mandalay Bay Resort and Casino, killing 59 people and injuring more than 500 others.

Paddock killed himself before police entered the hotel room.

© AP Photo / Eric Paddock
Las Vegas gunman Stephen Paddock. (File)
Days after the shooting, Marilou Danley, Paddock's girlfriend, returned from the Philippines to the US for questioning by police. It was reported that Paddock had wired her $100,000 USD while she was out of the country before the massacre.
...
Reddit
Google+
Blogger
Pinterest
StumbleUpon
Telegram
WhatsApp
10
Topic:
Deadly Shooting in Las Vegas (48)

Mandalay Bay Heroes: They Gambled With Their Lives to Rescue Others in Las Vegas