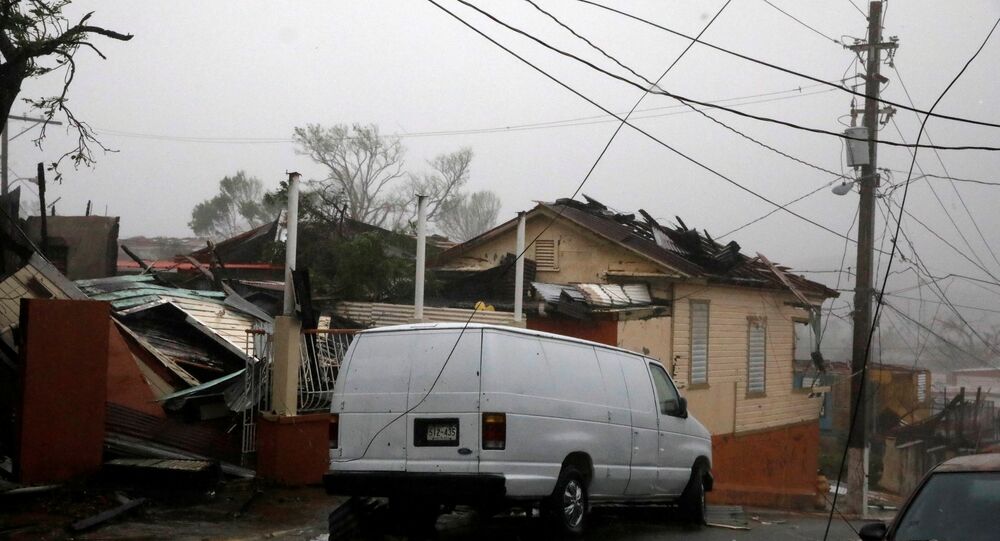 As of Saturday, nearly 55 percent of Puerto Ricans have access to potable drinking water on the destroyed island, but it still faces infrastructure and investment shortfalls that were present long before Hurricane Maria struck on September 20.

"With the hurricane taking out so much of the island's drinking water infrastructure, we're again seeing the very harsh reality of what years of underinvestment and a failure to address this problem can result in," Adrianna Quintero, director of partner engagement for the Natural Resources Defense Council (NRDC), told The Hill Wednesday.

According to a report the group conducted back in May, as a result of outdated infrastructure, pollution and underinvestment, the Island of Enchantment had the worst rate of drinking water violations of any US state or territory.

The island was handed a $9.56 billion budget for 2015 — a total that saw cuts of $200 million from its previous budget in 2014. The 2015 budget was also $75 million less than the initial proposal from Puerto Rico Governor Alejandro Garcia Padilla.

In 2015, 99.5 percent of the island's nearly 3.5 million residents were served by community water systems that violated the Safe Drinking Water Act, the NRDC report noted. A total of 69.4 percent had water sources that violated the act's health standards by providing water with high levels of bacteria and other contaminants.

In the same year, the group detected that 97.2 percent of Puerto Ricans were serviced by water systems that violated the Lead and Copper Rule: all but one of the US territory's 158 systems failed to test for lead or report the issue to authorities.

"[Puerto Rico is] unfortunately reflective of a system that broke down," Tom Burke, health policy professor at Johns Hopkins Bloomberg School of Public Health, told the Washington, DC, outlet. "A lack of investment in the infrastructure and provision of clean water, compounded by most likely an island system that's really complicated."

According to the report, the Financial Oversight and Management Board should enforce that the Puerto Rico Aqueduct and Sewer Authority (PRASA), who is in charge of the water quality, ensure that standards are being met.

The island's hardship can also be linked to federal subsidies that were phased out by the Clinton administration between 1996 to 2006 and the island government's inability to reform its tax codes. As a result, in 2015, Padilla said "the debt is not payable," and the US federal government passed the Puerto Rico Oversight, Management and Economic Stability Act (PROMESA) in 2016, placing total control over Puerto Rico's finances in the hands of a Financial Oversight and Management Board and subjecting the island to a harsh bankruptcy-like restructuring process that slashed budgets in the year before Maria and Irma hit. That includes PRASA.

And yet, after arriving on the battered island Tuesday, US President Donald Trump told Puerto Rico officials that they should "be very proud" that the region was not hit with a "real catastrophe" like Hurricane Katrina, which struck New Orleans in 2005 and killed nearly 2,000 people.

The commander-in-chief was also described as being disgusted by the water purification system that many residents are currently using, the Washington Post reported.

While passing out bags of rice and tossing out paper towels, 45 asked a member handing out goods how the water purification kits worked. Once Trump realized residents had to use dirty water to begin the process, he wasn't exactly thrilled.

​According to Alejandro De La Campa, FEMA's federal coordinating officer, the agency is expanding water distribution centers, and 78 tanker trucks are currently operating on the island.

Campa also told reported during a conference call Monday that 65 percent of grocery stores had reopened as well as 69 percent of gas stations.