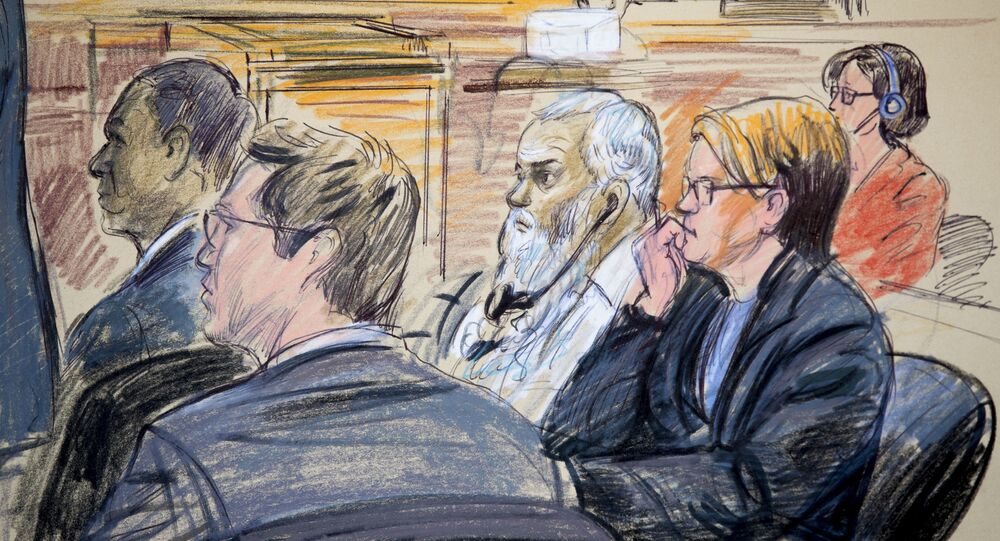 A Washington, DC, court has initiated the trial of Ahmed Abu Khattala, a Libyan national who US authorities allege orchestrated the lethal attacks on US facilities in Benghazi, Libya, in 2011.

The trial, expected to last five weeks, kicked off on Monday with Khattala’s attorney denying that his client was guilty of all charges alleged by US prosecutors. Khattala, 46, faces 18 counts of criminal wrongdoing, including murder. The September 11, 2012, attack in question led to the deaths of US Ambassador to Libya Christopher Stevens, State Department official Sean Smith and two former US Navy SEALs working as security officers at a CIA compound near the US embassy in Benghazi: Tyrone Woods and Glen Doherty.

"Ambassador Christopher Stevens was choked to death by thick black smoke," prosecutor John Crabb said in court Monday. "Glen Doherty was blown away by a mortar attack. Why? Because they were Americans. And that defendant, right there, hates Americans with a vengeance," Crabb said while pointing to Khattala.

Stevens was the first US ambassador killed in an attack since 1979 when Adolph Dubs, US ambassador to Afghanistan, died from gunfire after Islamic extremists attempted to kidnap him, according to the US State Department.

US Delta Force special operations forces captured Khattala the weekend June 14-15, 2014, according to US officials. The man was found with a handgun and resisted arrest. Khattala endured a 13-day trip to Washington on a US Navy vessel where he was questioned for five days before being read his Miranda rights to remain silent or speak with a lawyer.

Khattala waived his rights during the trip but defense attorneys later sought to exclude any evidence collected during the trip from his trial. The judge rejected the motion, and that information is being used as evidence.

Khattala told his FBI interrogators aboard the USS New York that America was the "root of all the world’s problems."

During his opening statement, according to various reports, Crabb said Khattala was convinced the US State Department building and the CIA annex in Benghazi were participating in illegal US spy operations. "That concern and that desire drove Abu Khattala to kill," Crabb said.

The defendant’s lawyer, Jeffrey Robinson, rejected Crabb’s assertions about his client’s involvement in the politically amplified event, which led US Republicans to question then-President Barack Obama’s leadership and accuse then-Secretary of State Hillary Clinton of having prior knowledge about the attacks.

An 800-page congressional report eventually decided the Obama administration had misrepresented the events in Libya. Current CIA Director Mike Pompeo, then a House Republican representing Kansas’ Fourth District, said following the report’s July 8, 2016, publication: "While the [Obama] administration had made excuses and blamed the challenges posed by time and distance, the truth is that they did not try."

Crabb acknowledged that the accused "didn’t do the killings by himself" but rather "planned the attack” and "got others to do his dirty work."