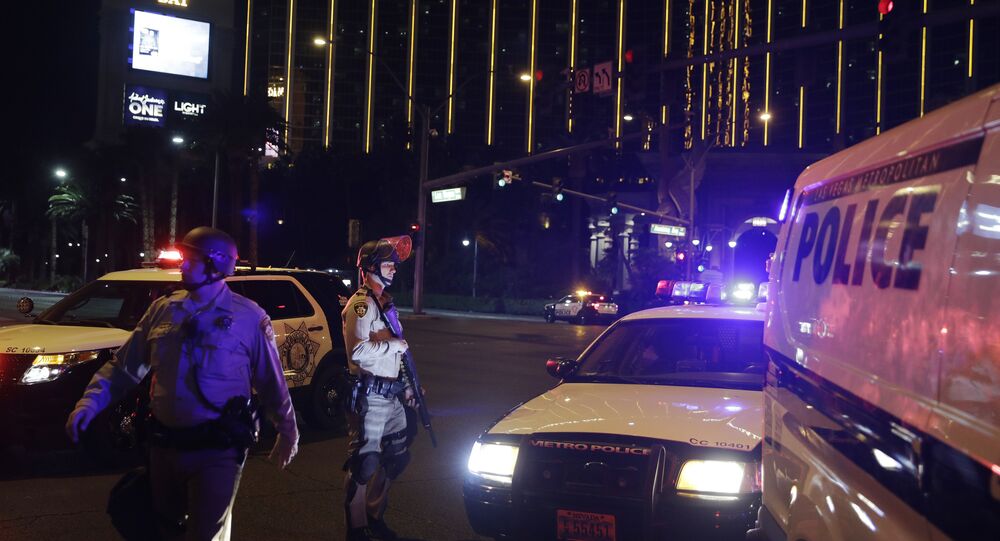 US President Donald Trump called on Monday the shooting in Las Vegas that left some 50 people dead and over 400 wounded an "act of pure evil."

In an address on Monday, Trump said the nation was saddened and shocked by the attack that is considered to be the deadliest shooting spree in the history of the United States.

Making his remarks, the US president did not mention the Daesh terrorist group that claimed responsibility for the attack earlier in the day.

Earlier in the day, Trump took to Twitter to extend his "warmest condolences and sympathies."

Trump added he plans to travel to Las Vegas, Nevada on Wednesday in order to meet with first responders and families of those killed in the shooting.

​On Sunday night, Stephen Paddock, 64, opened fire at a music festival outside the Mandalay Bay Resort hotel in Las Vegas, killing at least 50 people and wounding more than 400 others.