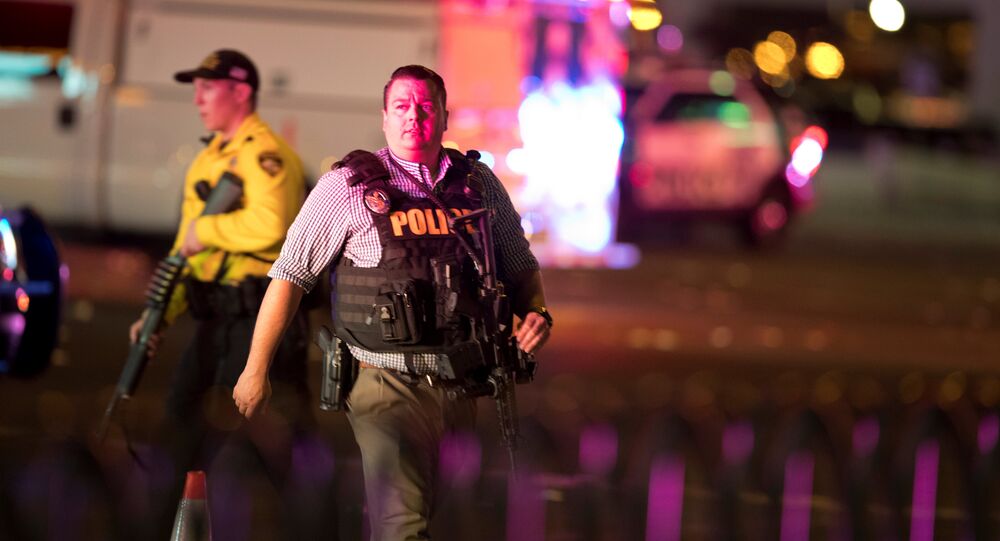 According to reports, Daesh terror group claimed responsibility for Las Vegas shooting attack. The US is investigating this report, however, so far are not able to confirm it.

The shooter, who was identified as 64-year-old Stephen Paddock, converted to Islam months ago, according to Reuters.

Stephen Paddock showed no warning signs before carrying out the deadliest shooting in US history on Sunday night in Las Vegas, Nevada, and his motives remain unclear, the shooter's brother Eric Paddock said on Monday.

"There is no reason we can imagine why Stephen would do something like this," Paddock told the Las Vegas Review-Journal. "All we can do is send our condolences to the people who died. Just no reason, no warning."

© AP Photo / John Locher
Las Vegas Police: 406 People Transported to Hospitals After Shooting in City
Paddock was said to have opened fire on a crowd of more than 22,000 concert-goers from his hotel room on the 32nd floor of the Mandalay Bay Hotel on Sunday evening.

Currently, the United States' officials are investigating the claim of alleged Daesh responsibility for the attack, but so far it can not be confirmed.