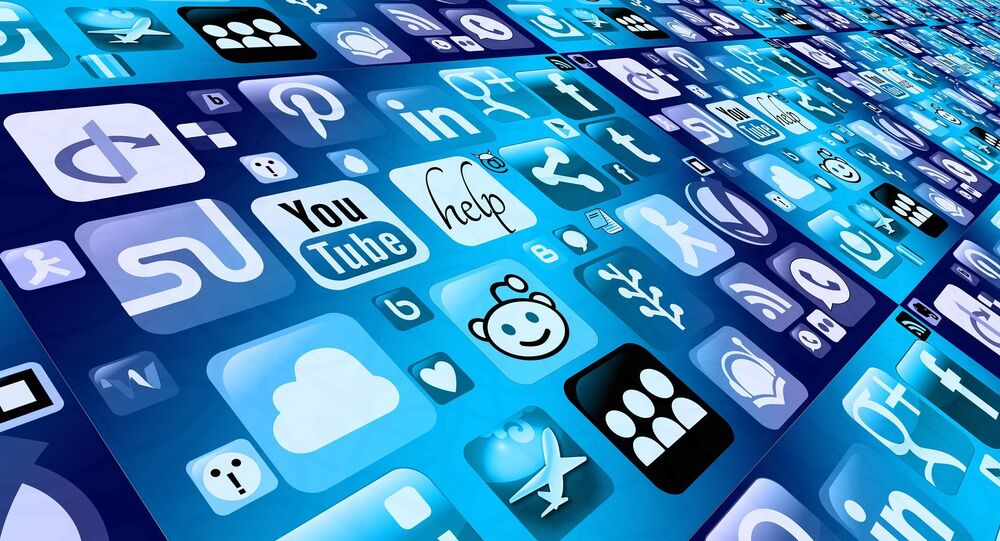 US Senator Mark Warner’s praise of the effectiveness and economy of alleged Russian meddling in US elections could send shivers down what remains of the spine of the international weapons market.

Waging information warfare against a rival state is much cheaper than dropping bombs on it, said US Senator Mark Warner (D-VA). Talking about alleged Russian meddling in the 2016 US presidential election as if were a proven fact, Warner estimated that such an unprecedented operation — if it had actually happened — would cost very little money to achieve. At the same time, such tactics have proven to be enormously efficient.

"If Russia's goal was primarily to sow chaos… and secondarily elect Mr. Trump, they had a pretty good rate of return," Warner asserted, speaking at The Atlantic's Washington Ideas convention, produced by Atlantic Media, according to Defense One.

Senator Warner, a vice chairman of the powerful US Senate Intelligence Committee, has helped lead one of the congressional investigations into the alleged meddling.

"We may have in America the best 20th-century military that money can buy, but we're increasingly in a world where cyber vulnerability, misinformation and disinformation may be the tools of conflict," he said.

"What we may have seen are the first tools of 21st-century disinformation."

Warner is convinced that the allegations against Russia are true.

© AFP 2021 / Leon Neal
US Congress Wants Twitter to Find Anything to Justify Russia Witch Hunt - Ex-Senate Aide
The Virginia Senator pointed out that the Senate Intelligence Committee is confident of three assertions: "that Russia hacked both political parties and used that information in President Donald Trump's favor; Russia attacked but didn't fully break into the voter registration systems of 21 states; Russia used paid advertising and fake accounts on social media to disseminate misinformation to voters," according to Defense One.

In the meantime, Warner offered a financial estimate of the "meddling" by comparing the cost of influencing US, French and Dutch elections to be "about a quarter the cost of building one F-35 fighter jet," cited by Defense One

Warner's comparison allows for a new angle, as considering that Russia is the world's second largest arms exporter after the US the "election meddling" allegations could be made available on the open weapons market.

Where hawkish and fearful nations seek to buy ships, missile defense and tactical networks, "election cybermeddling" could also be offered. A buyer gets an instrument to topple an adversary's government for some $20 million, a quarter of the estimated cost of a F-35, according to a 2012 Bloomberg report.

Considering the amount of problems that plague the F-35, a cybermeddling  package gets more bang for the buck.

Jokes aside, however, the Senate Intelligence Committee has yet to prove its allegations, and it appears that their investigation is turning out to be far less productive that they would like.

Speaking later that same day, Warner said that Twitter shared information regarding alleged Russian activity that he regarded as "frankly inadequate on almost every level."

© AFP 2021 / Greg WOOD
US Navy Sends Two Cyber-War Capable, Ship-Killing Poseidon Bombers to Hawaii
According to Warner, Twitter identified a woefully inadequate 22 social media accounts linked to some 450 Facebook accounts "that were likely operated out of Russia and pushed divisive social and political issues during the 2016 US presidential election," according to the Washington Times.

Twitter also said it identified an additional 179 related accounts and took action against those that were in violation of its terms of service. Twitter did not specify how many accounts were suspended or otherwise reprimanded.

Earlier this month, Facebook announced that it had identified some 470 Russia-driven accounts that had purchased 3,000 ads on its network, according to Decode.

Considering Twitter has some 68 million active US subscribers, according to a Statista report, the evidence of Russian cybermeddling in the US presidential election is vaporous indeed. Facebook is estimated to have some 214 million users, according to statistics. How several hundred accounts managed to sway the outcome of an election with millions of voters is not disclosed.