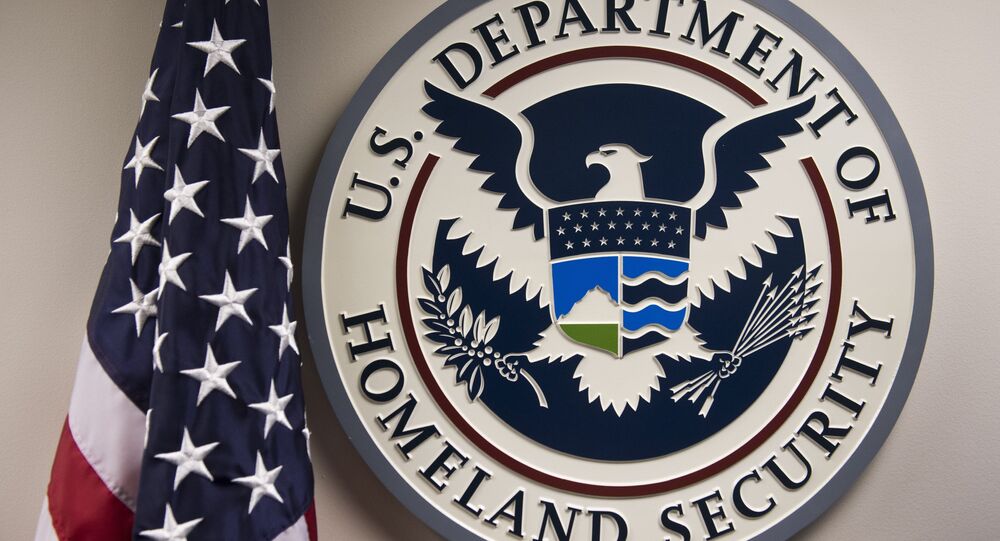 The Department of Homeland Security made completely misleading statements about “Russian targeting” of US electronic voting systems in yet another chapter of the ongoing RussiaGate saga, The Intercept’s Glenn Greenwald writes, and once more their misleading or completely false statements were eagerly amplified by the nation’s mainstream media.

“The Department of Homeland Security contacted election officials in 21 states Friday to notify them that they had been targets of Russian government hackers during the 2016 election campaign,” The Washington Post’s Sari Horwitz, Ellen Nakashima and Matea Gold wrote in the lead for an article published September 22 titled “DHS tells states about Russian hacking during 2016 election.”

Alex Padilla, secretary of state of California, one of the supposedly affected states, rebuked the claims in as direct a fashion as one could hope for from an employee in the civil service. “Last Friday,” September 22, “my office was notified by the US Department of Homeland Security that Russian cyber actors ‘scanned’ California’s internet-facing systems in 2016, including Secretary of State websites,” Padilla said in a statement.

“Following our request for further information, it became clear that DHS’ conclusions were wrong,” the official said.

DHS was also wrong – or flat out dishonest – about Wisconsin, another state included on the original list of states allegedly hacked. Much ink has been spilled about the swing state that US President Donald Trump won by a narrow margin in last year’s election. The Associated Press reported September 26, “The US Department of Homeland Security reversed course Tuesday and told Wisconsin officials that the Russian government did not scan the state’s voter registration system.”

The DHS claimed that Russians targeted other parts of the state’s IP addresses after it was discovered that election systems were not targeted, but Wisconsin officials have repudiated those assertions, too.

“Our systems were protected and we had no incidences,” David Cagigal, CIO for the State of Wisconsin, demurred.

“Either they,” presumably the folks at the Homeland Security’s Office of Infrastructure Protection, “were right on Friday and this is a cover up, or they were wrong of Friday and we deserve an apology,” Mark Thomsen, chairman, Wisconsin Election Commission, said Wednesday.

Such was also the case when the Washington Post reported on New Year’s Eve that a “Russian operation” had resulted in a hack of Vermont’s public utilities, which turned out to be completely false. The newspaper was compelled to issue a retraction on the Vermont hacking story that reads: “An earlier version of the story incorrectly said that Russian hackers had penetrated the US electric grid… Authorities say there is no indication of that so far.” Not then, and not since, it might bear noting.

The DHS incorrect information, of course, has spread further than Washington papers. Major news outlets such as USA Today also published the DHS’s claims as a prominent lead in a front-page story. USA Today and the Washington Post published similar versions of essentially the same lead September 22.

As Greenwald points out in a Thursday column for The Intercept, “sometimes stories end up debunked. There’s nothing particularly shocking about that. If this were an isolated incident, one could chalk it up to basic human error that has no broader meaning.”

“But this is no isolated incident,” the Pulitzer-winning journalist observed, adding, “the examples of such debacles when it comes to claims about Russia are too numerous to comprehensively chronicle.”

The Washington Post was forced to retract yet another Russia-panic story this week, this time as part of an expose of “Russian ads” on Facebook stating that former US President Barack Obama “sought to prod Facebook on Russia role.” After receiving comment from Facebook – which was apparently overlooked in just the same way Vermont authorities were for the electrical grid hack story – the Post revised the online version of their article to say “The president did not single out Russia specifically” when he spoke with company CEO Mark Zuckerberg.