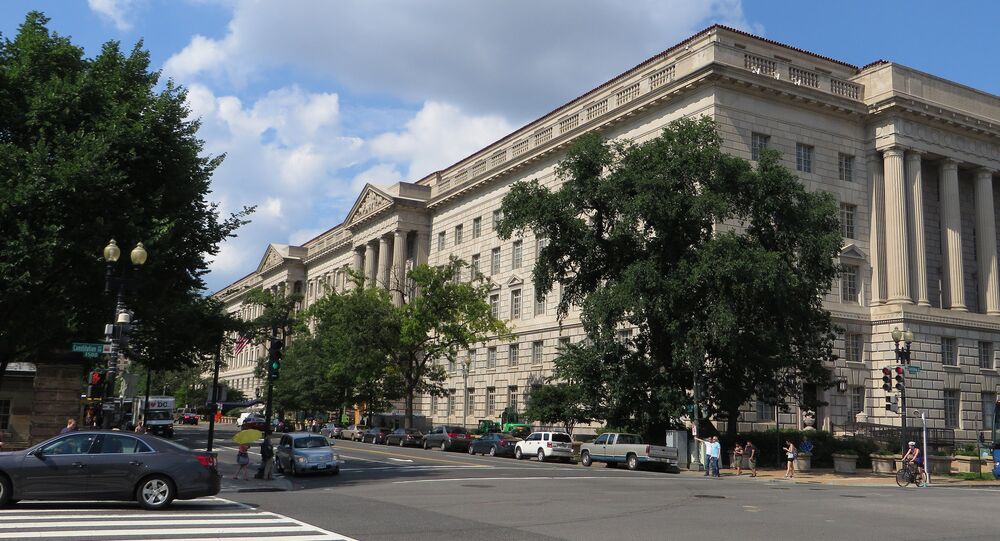 Farm Stockpiles Jumpstart US Economy to 3.1% Growth in Q2

Farm inventories and robust business investment drove US economic expansion in the second quarter higher than previously believed, suggesting the disruptive impact of the third-quarter hurricanes might be offset by the broader economic acceleration.

Kristian Rouz — In a rather odd development, the US GDP estimate has been revised upwards due to the better-than-expected performance of the agricultural sector. Whilst the international trade headwinds and the dollar's strength have continued to affect the pace of expansion, the rising farm inventories added to the broader growth.

© CC0
How Repeal of US Debt Ceiling May Actually Benefit Economy
The US economy expanded at a pace of 3.1 percent in Q2 compared to earlier estimates of 3 percent, but the third-quarter growth is poised to slow due to the disruptive effects of the hurricanes ‘Harvey' and ‘Irma'.

The Q2 expansion entailed the sluggish pace of growth in the previous quarter at 1.2 percent. Experts say the combined negative effect of the hurricanes could subtract up to 0.6 percent from Q3 growth, which might, however, be offset by the ongoing gains in domestic investment.

"The destruction caused by Hurricanes Harvey and Irma and the resulting disruption… are expected to be a drag on third-quarter growth," Jim Baird of Michigan-based Plante Moran Financial Advisors said. "Nonetheless, the economy remains on track."

The Commerce Department says the value of stockpiles added $5.5 billion, exceeding previous estimates. Meanwhile, the gains in consumer expenditures were 3.3 percent in Q2, and business investment rose by 7 percent instead of the 6.2 percent previously reported. US exports rose 3.5 percent, whilst imports added 1.5 percent, amidst the realignment of foreign trade spearheaded by President Trump.
Farm inventories in the form of unsold goods, including crops, added to the GDP reading. Inflation, at the same time, remained muted, and below the Federal Reserve's target — experts say the dollar's strength is suppressing prices on imported consumer goods, thus hampering the broader inflation measures.

"The data available so far suggest that the firming in real inventory accumulation between the second quarter and third quarter could be significant and could add a full percentage point to growth in the third quarter," Daniel Silver of JPMorgan in New York said.

In another report, the Commerce Department said wholesale stockpiles increased by 1.0 percent in August, and overall trade in the goods deficit fell by 1.4 percent to $62.9 billion in August.

This, plus the rebuilding efforts in Texas and Florida — where, as President Trump says, local and federal authorities are doing "a great job" — might indicate that Q3 growth may remain unchanged or even exceed the revised Q2 readings, but there's little clarity in that regard yet.

© AFP 2020 / FREDERIC J. BROWN
Termination of DACA 'Wouldn't Affect US Economy in Either Direction'
The rising stockpiles and falling imports, however, also suggest the lower purchasing power of US consumers. Wages and salaries remain stagnant, whilst rents and home prices are climbing, and household indebtedness is massive. Adding to the downward pressure on the consumer are the rising Fed interest rates, meaning it is a bad time for spending in America at this point, rendering saving strategies more relevant.

The current Q3 consensus estimates put the pace of economic expansion at 2.5 percent unless a positive shift in the broader economy of foreign trade propels the US expansion higher.

"Keep in mind that these are estimates, and a whole lot has happened in just a few short weeks," said Mike Loewengart of E*Trade says.
The GDP report, plus the fiscal reform plan unveiled by President Trump Wednesday, have lifted stock prices, hampering the value of US Treasury bonds. Yields rose, as did natural US interest rates, suggesting the Federal Reserve is likely to continue with rate hikes regardless of the hurricane disruption and weak inflation.

Got Milk? US Farmers Dump 43 Million Gallons Down the Drain So Far in 2016

China Hasn't Expressed 'Any Desire to Wage Economic War With US'