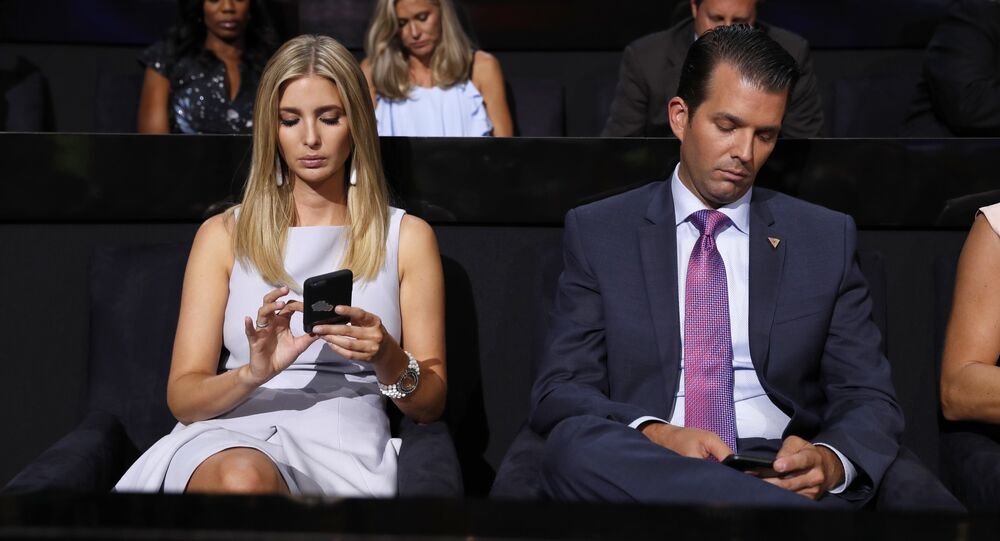 Is blood really thicker than water? It might not be for the Trumps.

According to a taped conversation between US President Donald Trump and Howard Stern, the commander-in-chief admitted Donald, Jr. and Ivanka Trump tried to cut Tiffany Trump off from her inheritance.

"Do your older children get nervous every time you have another child?" the Howard Stern Show host asked Trump, referring to what his children stand to get when The Donald passes away.

"I have a friend who is also a very rich guy," now-POTUS told Stern. "And he said how his children hate the new children coming along and everything else; I said, ‘Yeah, because every time you have a child, it's 20 percent less to the people [inaudible]."

Though the conversation then quickly transitioned onto the the subject of Trump "making love to Melania during the [Barron] pregnancy," show host Howard Stern wasn't going to let him off so easily.

The 63-year-old host kept circling back to the inheritance topic and asked if there was "any truth" to Junior and Ivanka trying to "bump off a child."

"Is there any truth to that? [Inaudible] Tiffany?" Stern poked.

Guess it's safe to say some sibling relationships aren't always about having each other's back.

Trump has three kids from his first wife, Ivana Zelníčková: Donald, Jr.., Ivanka and Eric. Tiffany came about during his second marriage, to Marla Maples.

The recording, dating to December 2005, was exclusively obtained by Newsweek, along with 15 hours worth of footage of Trump talking to Stern from 1993 to 2015.