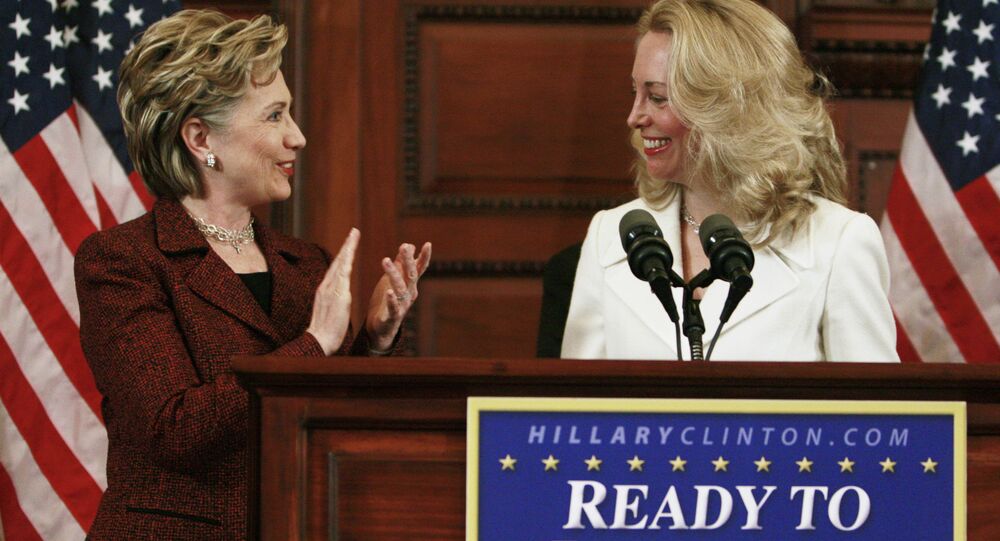 A former CIA agent has resigned from a humanitarian organization's board after tweeting an "anti-semitic" article suggesting American Jews were the key driving force behind US wars.

Former CIA agent turned author Valerie Plame Wilson announced her resignation from the board of the Ploughshares Fund, a grant-making foundation, after coming under fire for tweeting a link to an article arguing the Jewish population of the United States were the key driving force behind US wars.

Wilson initially defended the piece, titled "America's Jews are driving America's wars," in response to intense criticism, urging her followers to "put aside" any biases and read the article.

In a series of tweets September 21 — since deleted — she first said offended Twitterers should "calm down" as "retweets don't imply endorsement," but noted that while the piece was "very provocative," it was "thoughtful" and "many neocon hawks ARE Jewish."

"Just FYI, I am of Jewish descent. I am not in favor of war with Iran, or getting out of the Iran nuclear treaty. There are simply too many who are so ready to go to war. Haven't we had enough for awhile?" Wilson said in a tweet couplet.

However, it was not long before she began apologizing profusely, saying she had "messed up" and only "skimmed" the piece before sharing, missing the "gross undercurrents" of the story as a result. A subsequent series of posts detailed how she intended to resign from the Ploughshares Fund to "avoid detracting from their mission."

I missed gross undercurrents to this article & didn’t do my homework on the platform this piece came from. Now that I see it, it’s obvious.

I’m not perfect and make mistakes. This was a doozy. All I can do is admit them, try to be better, and read more thoroughly next time. Ugh.

Spy training came in handy. How much intelligence did she "skim" during her tenure?

I've not so far seen any real evidence that Ms. Plame is anti-semitic. If I see some, I'll revise my opinion.

The bulk of the evidence suggests that Valerie Plame is, sadly, an anti-semite. https://t.co/Omrph0g0IA

For their part, the fund said Wilson had "seriously erred" in retweeting an "anti-Semitic" article from The Unz Review, and had accepted her resignation.

"Ploughshares condemns in the strongest terms what we believe to be white supremacist and anti-Semitic propaganda espoused by [that] site. The prejudices promulgated by this site are an affront to American values and human decency. Our focused mission does not mean turning a blind eye to bigotry. We have a moral responsibility to stand up against bigotry and injustice wherever it is found," their statement read.

Wilson, whose identity as a CIA operative was leaked by an official in then-President George W. Bush's administration in 2003, left the agency in 2005. She also made headlines in August after starting an internet funding campaign to buy Twitter, so she could delete President Donald Trump's account.

The article by Philip Giraldi, himself a former CIA counterterrorism specialist and military intelligence officer, said anyone who spoke publicly about the true nature of the US-Israeli relationship ran the risk of a "quick trip to obscurity" as "Jewish groups and deep pocket individual donors not only control politicians, they own and run the media and entertainment industries."

"What makes the war engine run is provided by American Jews who have taken upon themselves the onerous task of starting a war with a country that does not conceivably threaten the US. The issue that nearly all the Iran haters are Jewish has somehow fallen out of sight, as if it does not matter, but it should," Giraldi wrote.

He went on to cite a list of Jews who served as "conduits for false information" that led to the Iraq War.

It was not the first time Wilson had linked to a story by Giraldi on the same website — one article noted a group of Israelis had filmed the 9/11 attacks and danced happily afterwards.

In a bitter irony, on September 21, Giraldi was fired by The American Conservative, to which he'd been a regular contributor for 14 years, on the basis his article was "unacceptable."

The publication's first article, published in 2003, "Whose War?" was authored by Pat Buchanan, and made much the same allegations as Giraldi's controversial piece, discussing how the push for the then-impending Iraq War was being made by staunchly pro-Israel figures in George W. Bush's administration.

"There is a loose collection of friends of Israel, who believe in the identity of interests between the Jewish state and the US. These analysts look on foreign policy through the lens of one dominant concern — Is it good or bad for Israel? These thinkers are now well ensconced in the Pentagon, around such strategists as Paul Wolfowitz, Richard Perle and Douglas Feith," Buchanan wrote.

The Unz Review is run by Ron Unz, a former candidate for Governor of California. The Anti-Defamation League has noted the site frequently promotes anti-Semites and supports anti-Israel ideologies — although acknowledges Unz (himself Jewish) does not appear to be anti-Semitic.

Provocative Giraldi's comments may have been, but his suggestions that criticism of Israel is effectively verboten in the Western mainstream, and strongly pro-Israel neoconservative elements are a major motivating force behind US interventions, are barely debatable.

For instance, in 2006 then-UK Foreign Secretary William Hague denounced Israel's 2006 invasion of Lebanon as "disproportionate" —  lobby group Conservative Friends of Israel complained in person to then-Prime Minister David Cameron, in the process securing a promise such language would never be used again in respect of Israel's conduct against Palestine and the occupied territories. This pledge has been sustained ever since, and moreover, UK government support for Israel has increased in intensity and volume concurrently.

At a Downing Street Hanukkah party in November 2013, Cameron spoke of his love for Israel, saying he considered "an enemy of Israel" to be an enemy of his.

"A threat to Israel is a threat to us all. I have enormous respect for what Israel has achieved as a democracy, as a country that has created wealth and livelihoods out of so little and as such an extraordinary success story," Cameron effused.

UK Can Abandon US Neoconservative Crusades After Chilcot Report