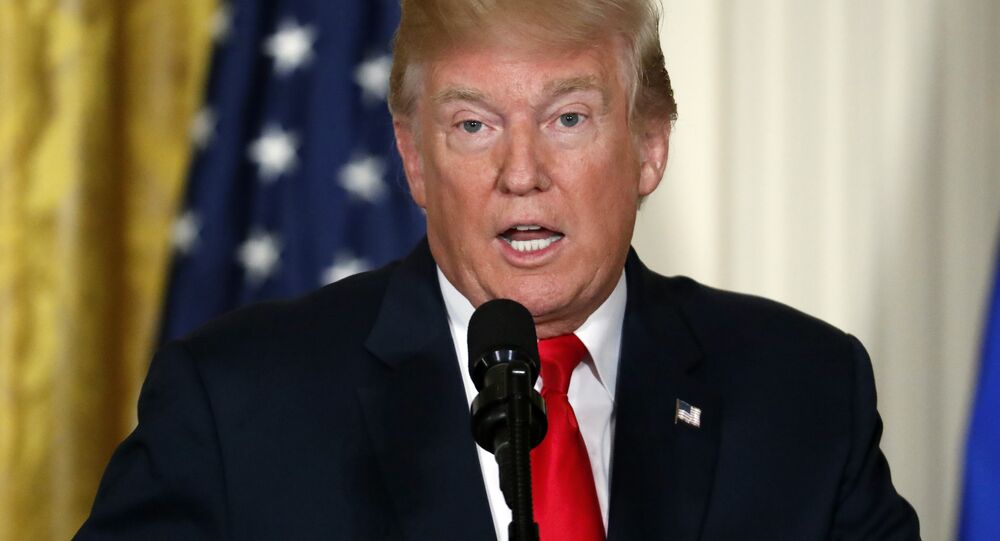 Donald Trump claimed during his rally in Alabama that North Korea's nuclear problem should have been solved a long time ago.

WASHINGTON (Sputnik) — US President Donald Trump said during a rally in Alabama that North Korean leader Kim Jong Un should have been handled a long time ago for his nuclear weapons activities.

"We can’t have mad men out there shooting rockets all over the place," Trump said on Friday. "Rocket Man should have been handled a long time ago."

Trump also called North Korean leader Kim Jong Un a "rocket man on a suicide mission for himself and for his regime."

"I will surely and definitely tame the mentally deranged US dotard with fire," the 33-year-old Kim Jong Un responded in a statement published through the DPRK's Central News Agency on September 21.