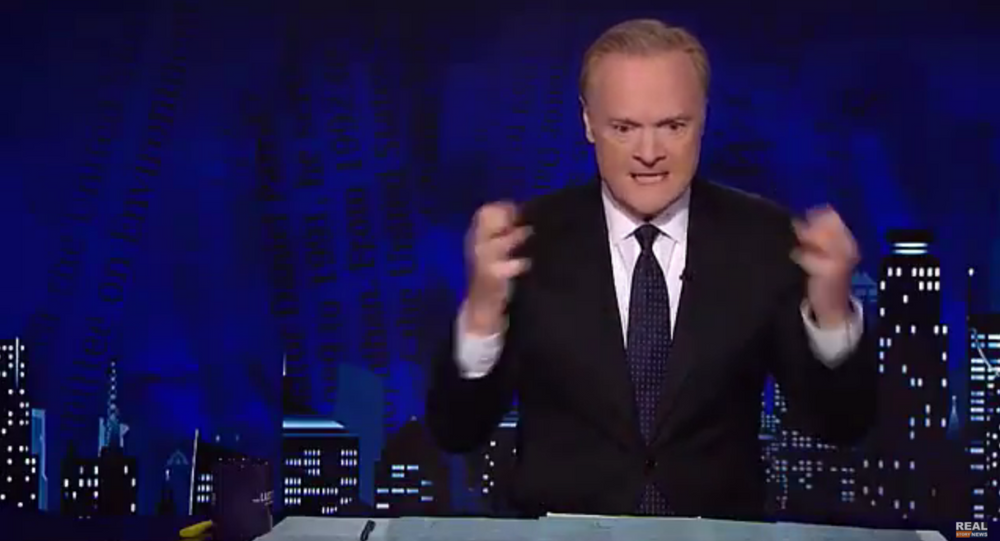 If you ever find yourself in the same room as MSNBC's Lawrence O'Donnell, make sure to avoid the topics of Labor Day and hammers, and definitely listen to his directions.

Thanks to the fellas at Mediate, the world has now been blessed with leaked footage showing the "Last Word" host losing his cool for more than eight disturbing minutes after things failed to go his way.

Taken from the show's August 29 airing, O'Donnell throws a childlike tantrum after someone in his earpiece is heard talking about Labor Day just seconds after wrapping up a segment on US President Donald Trump.

"What's going on, why am I losing this, why don't I have sound," the 65-year-old host asks. "Who's asking for a Labor Day rundown in my ear?"

"Someone in the control room is out of control," a hand-shaking O'Donnell exclaimed as he muttered a few obscenities.

​Taking note of O'Donnell's clenched fists and tight lips, a crew member scurries over to help out the frustrated newsman, but ends up being shooed away by the unhinged host.

"You have insanity in my earpiece," O'Donnell says, turning red. "Don't! Leave it there, it's not my earpiece, it's somebody talking on our lines."

The diva turn didn't end there. The footage, a compilation of O'Donnell's breakdowns of that day, gets even shadier.

"I'll go down to the goddamn floor myself and stop it, keep the goddamn commercial break going," the frustrated anchor yelled out, briefly standing to shout at surrounding victims. "Call f**king Phil Griffin, I don't care who the f**k you have to call. Stop the hammering."

Per O'Donnell, aside from running the show at MSNBC, Phil Griffin, president of the network, is also the go-to hammering detective.

"F**king out of control sh*t," O'Donnell blurted out.

​And the fun doesn't stop there, folks!

In the final segment of O'Donnell's meltdown, the host delivers a gem — this time complaining about the previous segment not ending at the time he'd requested.

"I don't know why I bother to say how to cut the slots when you don't do it… now I have to chase those stupid goddamn end trails," O'Donnell says as he crumples up an innocent piece of paper and smashes a pen. "Jesus Christ! Crazy f**cking sound coming in my ear, this f**king stupid hammering… I told you why I wanted those f**king words cut."

Though the usually friendly faced anchorman has yet to respond to the leaked footage, it's safe to say O'Donnell really needs a hug or two.