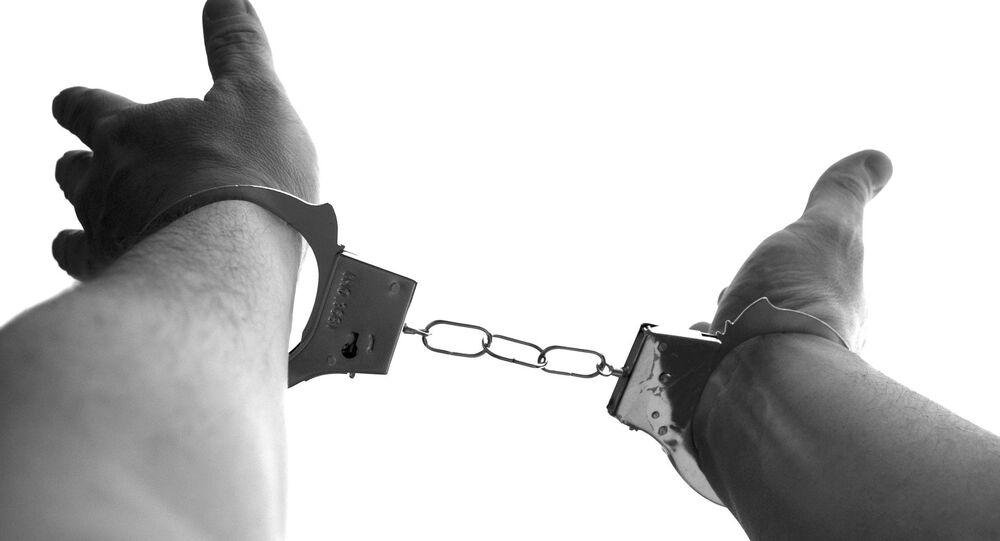 According to an internal affairs investigation launched by the Salt Lake City police, Payne harassed a fellow employee in a "severe and persistent" manner back in 2013. The report detailed several incidents when the detective initiated "unwanted physical contact" and even sent a "disparaging email."

Screenshot/Shaun King
‘I Did Nothing Wrong': Utah Nurse Violently Arrested for Not Handing Over Unconscious Patient's Blood (VIDEO)
Though Greg Skordas, Payne's lawyer, admitted Monday that the reprimand was a problem, he also suggested it was just one part of a decorated 27-year record, however, the docs also showed Payne faced a vehicle-chase complaint from the Utah Highway Patrol in 1995.

Currently placed on paid administrative leave, Payne's discipline history was made public in response to a request made by AP and several media outlets, as investigations were launched into the wrongful arrest of Utah charge nurse Alex Wubbels.

Wubbels, a former Olympic Alpine skier, was arrested July 26 after she refused to draw the blood of an unconscious patient that law enforcement officers brought in to Utah University's Burn Unit.

​Per hospital policy, law enforcement officers in the Beehive State must meet one of three requirements for blood draws: the patient gave their consent, the patient was under arrest, or a search warrant was obtained. They met none.

And yet, despite Payne acknowledging the criteria was not met, he pushed for the procedure to be done, later threatening Wubbels she would be charged and arrested if she continued to refuse.

Wubbels, then shocked by Payne's threats, dialed her supervisor, but minutes into the conversation was hauled off by the detective.

"Help! Help! Somebody help me!" Wubbels, recorded on Payne's body camera, is heard yelling as she's being put in cuffs. "Stop! Stop! I did nothing wrong!"

Since the late July arrest two of three investigations into the incident have concluded. The first — the internal affairs investigation — determined both Payne and his supervisor, Lt. James Tracy, violated five policies that clashed with the department's code of ethics.

"You determined extremely poor professional judgement (especially for an officer of 27 years of experience)," the Salt Lake City police department declared of Payne, the Daily Utah Chronicle reported. "Which calls into question your ability to effectively serve the public and the Department in a manner that inspires the requisite trust, respect, and confidence."

The second investigation — an independent review by the Civilian Review Board — found that both officials failed to understand the laws in question. The final inquiry is looking into why the university's police department failed to intervene after Wubbels called them in once Payne became agitated.

Though both Payne and Tracy have until October 3 to respond to the results of the internal affairs investigation, Salt Lake City Police Department's Chief Mike Brown will make a final decision that may include termination of employment.

The unconscious patient that set off the unfortunate series of events was brought into the facility after being involved in a car crash. Police officers were trying to determine if he had illicit drugs in his system at the time of the collision, according to the Salt Lake Tribune.